After six week of intensive dogfights, the Rebel Alliance has scored a narrow victory against the Galactic Empire by rising to top by in our X-Wing Escalation League! While only one single engagement separated the victors from the defeated, recognition is due for the exemplary bravery and skill demonstrated by pilots on both sides. The Aces below earned top marks and walk away with the following awards and commendations:

The full standings can be found here.

Congratulations to all our pilots and the Rebels in particular: beware as the Empire Strikes Back in our next X-Wing Tournament! 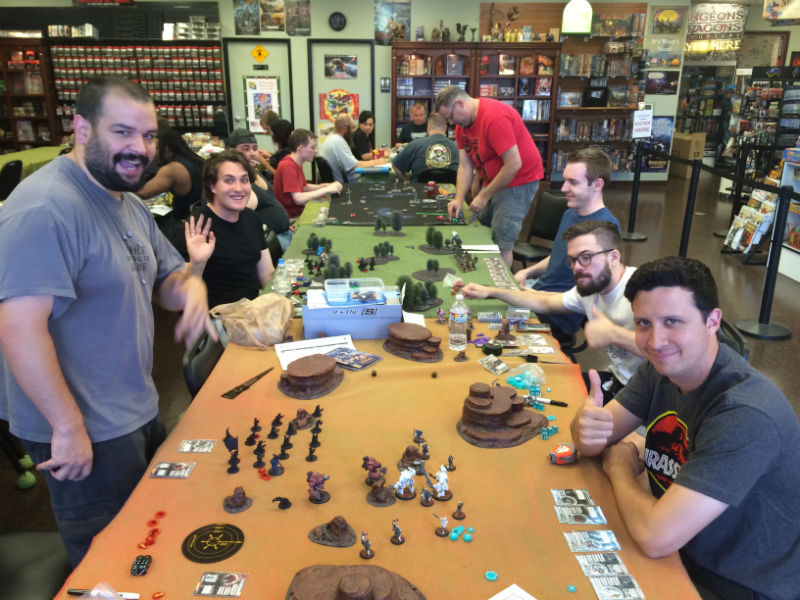 After a long campaign, two players rose to the top and took home medals for their chosen factions. George Bailey-Kirby brought the bacon home for the vastly underrepresented Opportunists and Chris Foster proved to be the best the Purists have to offer. Yet, only one could reign supreme and it was George Bailey-Kirby who saw his opponents eviscerated before his Skorne warbeasts.

The full standings can be found here.

Congratulations to all our players and here's hoping the next league is just as fierce!

Congratulations to the Charsaug Champions

Charsaug, the first season of the Scars of Caen, for Warmachine and Hordes wrapped up this week. Congratulations to our Champions: Opportunist George Bailey-Kirby and Purist Christian Lawrence!

Check out the complete final standings and prizes here.

Thank you to everyone who participated in the league. Stay tuned for season 2, Halfaug!

AND AND AND Don't forget about the Warmachine Vengeance Release Event this Sunday, April 6th.

The dust has settled and one person has been crowned king of the skies!

John Coviello dominated the competition and took 1st in the tournament, going home with the fantastic commemorative plaque.

His list, named "Vader's Own", was a 100 pt simulation of Vader's private escort.

There was fierce competition for second and third, with the standings coming down tiebreakers.