Demo with the Designer - Galaxy Defenders 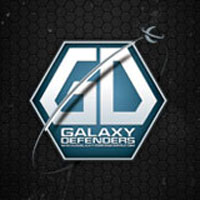 The Little Shop of Magic is once again partnering with a game designer to bring you another exciting Demo Day. This time around, we are featuring Galaxy Defenders with designer Nunzio Gabriele Surace.

Developed by Gremlin Project studio and published/distributed by Ares Games, Galaxy Defenders is a cooperative tactical board game in which up to 5 players fight together against an incoming alien menace. In Galaxy Defenders, each player takes control of one agent with unique powers trying to defend the planet from an alien invasion.

Created by Nunzio Surace and Simone Romano, the game is inspired by the Sci-Fi cult movies of the 80s and 90s and features high-detailed 40 mm scale miniatures and an innovative A.I. system to control the alien invaders. The battle for Earth against the aliens develops in a series of missions organized in a story-driven campaign. It remains balanced independently of the number of players.

This Saturday, help us give a warm American welcome to our Italian friend, Nunzio, as we spend several hours together learning how to play Galaxy Defenders! 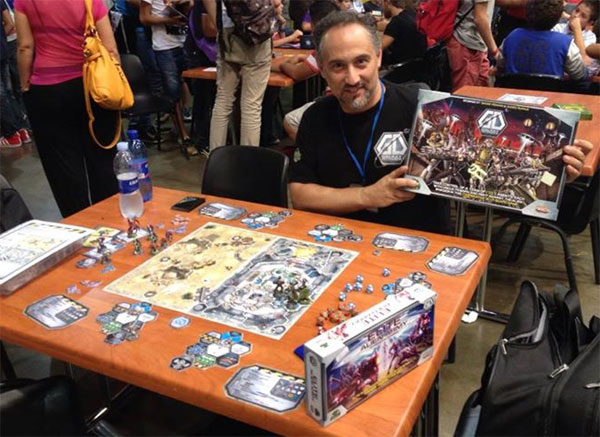 Visit our Calendar of Events for more information on this Demo with the Designer Day.

After weeks of grueling competition, one player rose above the rest to claim their rightful place amongst the pantheon of Theros. Andrew Susin decimated his oppenents and won the league. Don't be upset though! Our other brave heroes didn't leave empty handed, and walked away with spoils of war too! Congratulations to all the players and good luck in the 2015 Core Set Leagues!

As in past years, our Wizards are off duty today celebrating America's Independence Day, leaving our animated anthropomorphic beings (a.k.a. golems) in charge of keeping an eye on things.

This year, rather than simply contenting themselves with keeping our dragon from setting fire to the place, they've put in some overtime to bring you a great deal on Golem Arcana. Place your pre-orders before we get back in on July 5th and the golems will give you 30% off the manufacturer's suggested price along with tossing in a FREE Limited Edition Idol of Pravega Relic with your order!*

Golem Arcana is a digitally enhanced miniatures board game that leverages the power of a smartphone or tablet to deliver an unprecedented and engaging experience. GA offers the richness and tactical depth of other miniatures boardgames without any of the hassles; the free Golem Arcana app handles all the rules and record keeping, freeing up the players to concentrate on devising strategies and having fun.

Each player assembles an army consisting of anywhere from three to twelve Golems, the sorceror Knights who pilot them, and a couple of Ancient Ones he might call upon for supernatural favors. The idea is to select forces that can use their special abilities in concert to wreak havoc on the enemy army. Golems are represented on the game board with pre-painted figures while Knights and Ancient Ones are digital characters purchased within the mobile App.

After perilious battles and wonky strategies, a few brave warriors rose to the top to claim the spoils of war (Patches and prizes). George Bailey-Kirby claimed the Decimator patch, being the player with the highest overall league points. Harrison Nuzzo eeked out a spot in second over Fabian Hardy by a mere 3 points. Finally, for his busy, paint coverd hands, Chris Foster won the Creator Patch.

For the full league standings, click here. Congratulations to all our players!

Announcing the Winners of our Descent Game Days: Season 1

Dozens of heroes lie broken after attempting to thwart the Overlord's dark schemes in the Forgotten Souls campaign. One one group out of six was able to best this co-operative Descent variant, but bravery should not go unrewarded! Therefore, it has been ordained that each and every hero who played in our season 1 Descent Game Days will be able allowed to choose one of the following loot items from the vanquished Overlord's treasure pile (while supplies last):

In addition, congratulations are in order to Ms. Shelby Tucker who gets to take home her very own copy of the Forgotten Souls campaign: good luck trying to beat it over and over again, Shelby!

Thank you to everyone who partecipated in our innagural season of the Descent Game Days: we look forward to running more of them if and when they become available from Fantasy Flight Games.