First rolling out into the world in 1984, the Transformers have been wowing fans for generations. WizKids has teamed up with Hasbro to bring these beloved G1 'Bots to the masses in a whole new way.

Transformers Themed Deep Cuts™ Unpainted Miniatures let fans get creative with their favorite 'Bots and decorate them any way they want. Each miniature comes pre-primed and ready to paint out of the box. Decals and stickers are included to help complete each character's signature look. 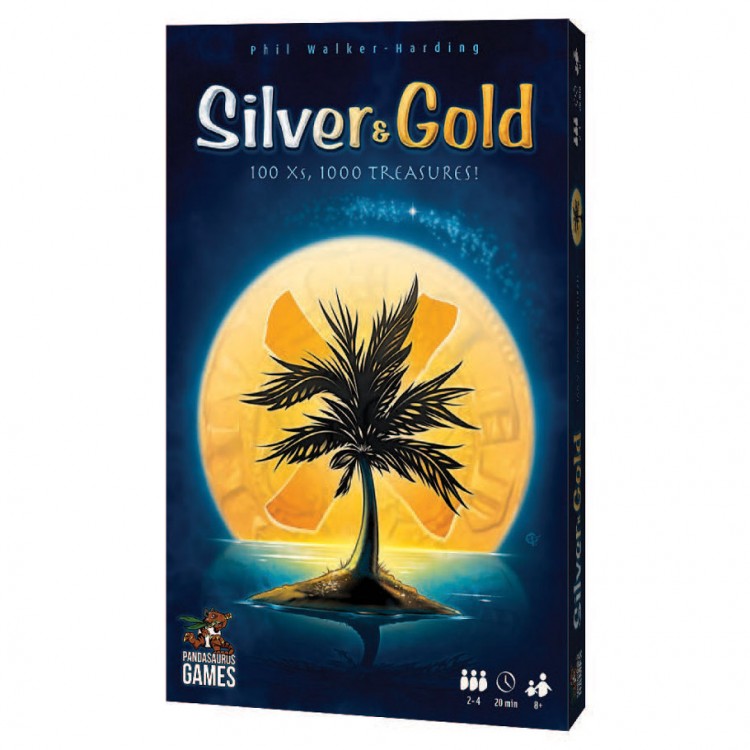 Distant islands, golden treasures—who hasn’t dreamed of them?! You are in luck, because the treasure is in your hands. You are holding Silver and Gold: pure, addictive gold by Phil Walker-Harding, designer of such bestsellers Sushi Go, Imhotep, and Baren Park. Players must rain X’s down, rapid fire, in the right configurations to close out island cards and hit the right bonuses before they can jump to the next card. Silver and Gold is a game of luck, bad luck, quick manipulation and exhilaration. You’ve found your fortune. 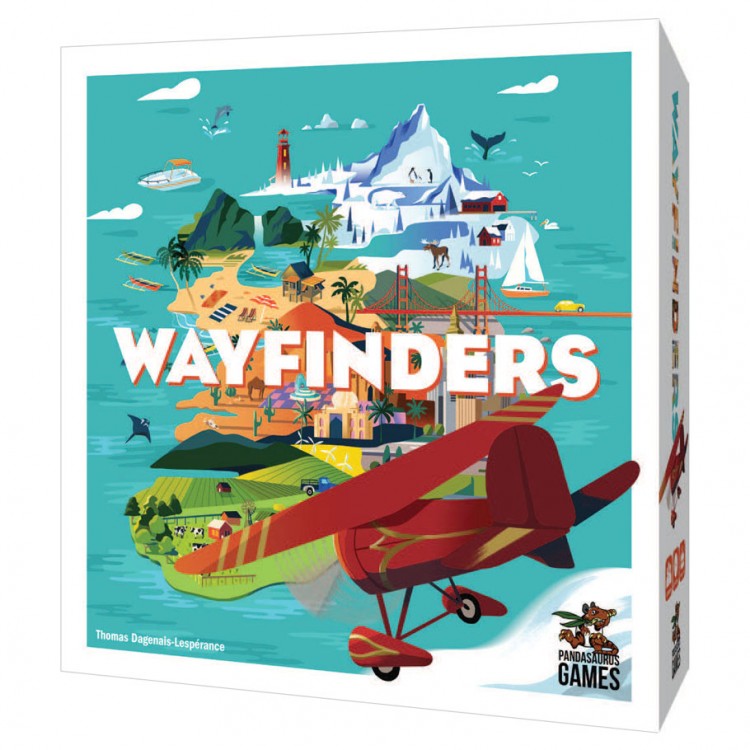 From the designer of Decrypto comes Wayfinders, an enchanting game of route-building and adventure. Engines purring, goggles down—the seaplane is set for take-off! Welcome to the whimsical world of Wayfinders, where intrepid explorers race to chart new paths through the skies.

You will need to think on your feet and outfit your planes with the right gear to arrive safely. But building hangers on islands and stocking them with parts can help you zip around with ease! Be sure to be keen in your planning and you will unlock the charms of the islands.

Wayfinders is sure to be a game night mainstay for families and gamers alike!

Through the Ages: New Leaders & Wonders 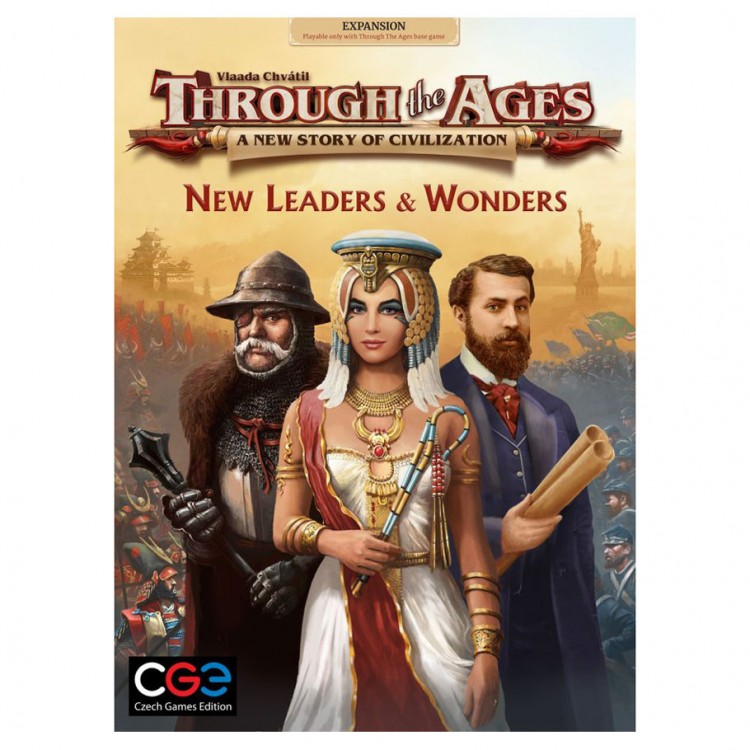 This is your chance to make history! Throughout time there have been courageous women and imaginative men who changed history, and whose legacy we carry with us to this day. Some of those men and women, along with some of their most wondrous creations, are now joining the new and long awaited Through the Ages expansion.

The New Leaders & Wonders expansion brings exciting new content to the base game, adding leaders, wonders, and military cards so you can change the flow of history and build even greater civilizations!

THROUGH THE AGES: A NEW STORY OF CIVILIZATION

Through the Ages is a complex civilization building game ranked as the third best board game ever according to the Board Game Geek website.

You begin with a small tribe. As you expand your farms and mines, you lay the groundwork for technological advancements, better governments, and grand wonders. Your military might supports your political skill as you guide your civilization to greatness. 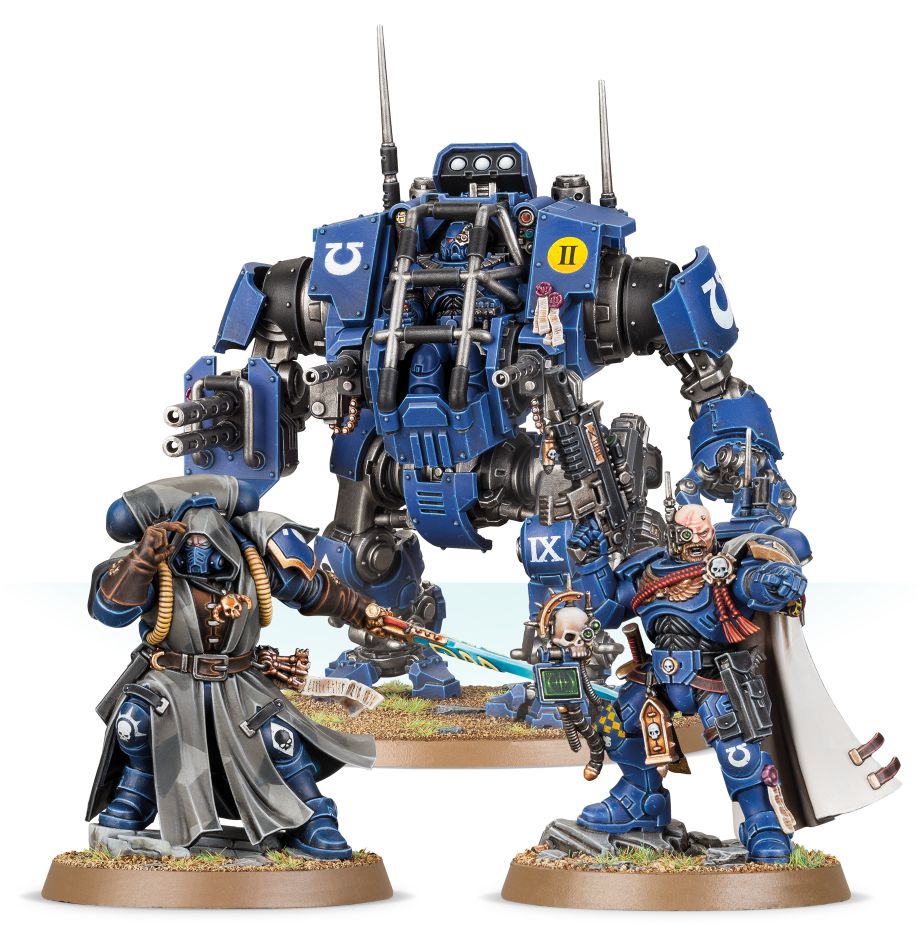 The Invictor Tactical Warsuit is a stripped-back variant on the Redemptor Dreadnought frame. Instead of a revenant hero in a sarcophagus, this combat walker is piloted by a live Primaris Space Marine. They are deployed in every capacity, from armoured escort duties to close-range siege breaking and urban monster-hunts. Still the most iconic role for these walkers is as the armoured support for Vanguard Space Marines. Their combination of mid- to close-range firepower, armoured resilience and the selfless mindset of the pilot combine to provide exceptional support.

Like many of the Primaris Vanguard units, an Invictor Tactical Warsuit has the ability to deploy in a concealed position outside of your own deployment zone, giving it a unique advantage over any Dreadnought-class vehicle in the Space Marines armoury. It has a potent choice of weaponry – if it’s ranged fire support you're after, its twin ironhail autocannon has you covered; if you're looking to engage the enemy up close and personal, it can instead be armed with an incendium cannon. It also carries a heavy bolter that it can wield as a pistol to fire at point-blank range in melee, even as it crushes enemies with its formidable Invictor fist.

This multipart plastic model comes in 116 components and is supplied with a Citadel 90mm Round Base and an Ultramarines Vehicle Transfer Sheet. You'll find the full rules for the Invictor Tactical Warsuit in Codex: Space Marines.

Each company in a Chapter of the Adeptus Astartes falls under the command of a Captain. It is often said that a Space Marine is worth at least ten other soldiers; under the leadership of a Captain, this swells even further, for they coordinate their warriors with deadly precision and inspire their followers to fight with a dedication and spirit that cannot be instilled by training or discipline alone.

A Primaris Captain in Phobos Armour is an HQ choice for any Adeptus Astartes Faction – including Blood Angels, Dark Angels and even the Space Wolves (for whom he fulfils the role of Wolf Lord). He is a highly skilled warrior in every aspect of battle and wields a deadly master-crafted instigator bolt carbine – a marksman’s weapon designed to snipe enemy commanders. In addition to wearing a camo cloak to enhance the effects of cover, the Primaris Captain in Phobos Armour can use an advanced omni-scrambler to thwart enemy reinforcements as they move onto the battlefield.

This multipart plastic model comes in 9 components and is supplied with a Citadel 40mm Round Base and an Ultramarines Character Transfer Sheet. You’ll find the full rules for the Primaris Captain in Phobos Armour in Codex: Space Marines.

Eyes blazing and fists crackling with roiling energies, Space Marine Librarians stride into battle to destroy their foes. Some hurl blasts of warp-force that crush their victims to paste, while others twist with the flow of time itself or revitalise their brothers with incredible surges of dynamism. However they choose to fight, all Librarians are powerful psykers, harnessing the potent mutation they bear as a force to defend Humanity.

A Primaris Librarian in Phobos Armour is an HQ choice for any Adeptus Astartes Faction – including Blood Angels, Dark Angels and even the Space Wolves (for whom he fulfils the role of Rune Priest). He is a capable warrior and a powerful psyker who is able to manifest powers from the debilitating Obscuration discipline. He wears a psychic hood, granting him a better chance of thwarting the powers of enemy psykers. Like many other Vanguard units, the Primaris Librarian in Phobos Armour also wears a camo cloak to enhance the effects of cover.

This multipart plastic model comes in 10 components and is supplied with a Citadel 40mm Round Base. You’ll find the full rules for the Primaris Librarian in Phobos Armour in Codex: Space Marines. 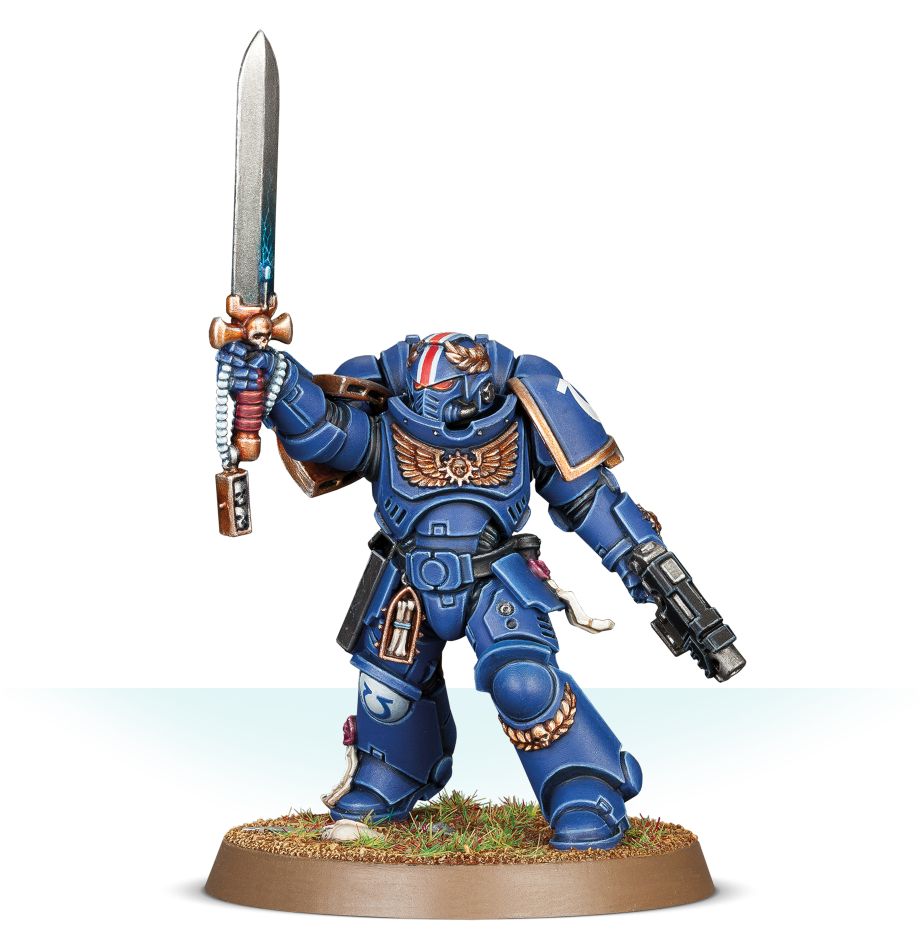 Lieutenants act as the right hands of their Captains by providing tactical flexibility and helping to direct their battle-brothers in war. They are often entrusted with direct battlefield command of a demi-company or strike force; by handling the squad-level combat logistics of force coordination and acting as exemplary leaders, they free up their Captains to focus on the wider strategic picture of the entire war zone.

A Primaris Lieutenant is an HQ choice for any Adeptus Astartes Faction – including Blood Angels, Dark Angels and even the Space Wolves (for whom he fulfils the role of Primaris Battle Leader). He wields a melee-focussed combination of power sword and bolt pistol, and his Mark X power armour is adorned with a reliquary and laurel wreaths.

This multipart plastic model comes in 9 components and is supplied with a Citadel 40mm Round Base. You’ll find the full rules for the Primaris Lieutenant in Codex: Space Marines. 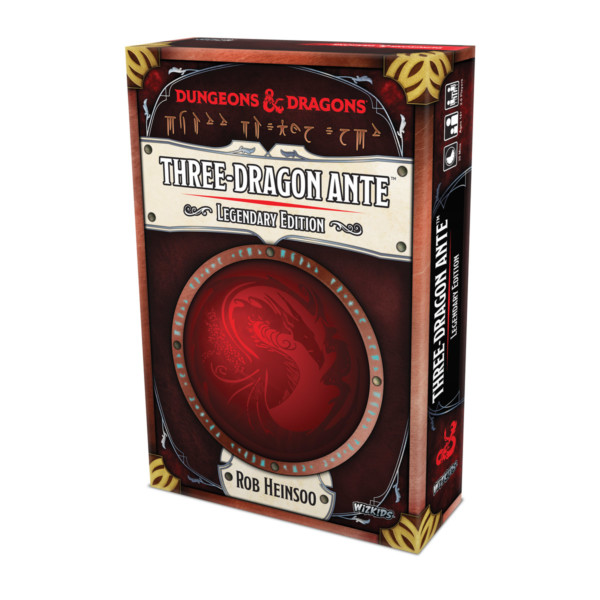 Inspired by the card game brought to our world from the taverns and game tables of the Dungeons & Dragons world, players ante gold into the stakes, hoping to win that gold back by successfully winning three-card gambits. Each player receives 10 gold and 6 cards at the start of the game. At the beginning of every round, players choose one card from their hand and place it facedown in the center of the table. These are the ante cards. Once each player has chosen a card, everyone reveals them at once. The highest-strength card determines how much gold each player has to put into the stakes for the current gambit. The player who revealed the strongest ante card is usually the leader in the first round of the gambit. 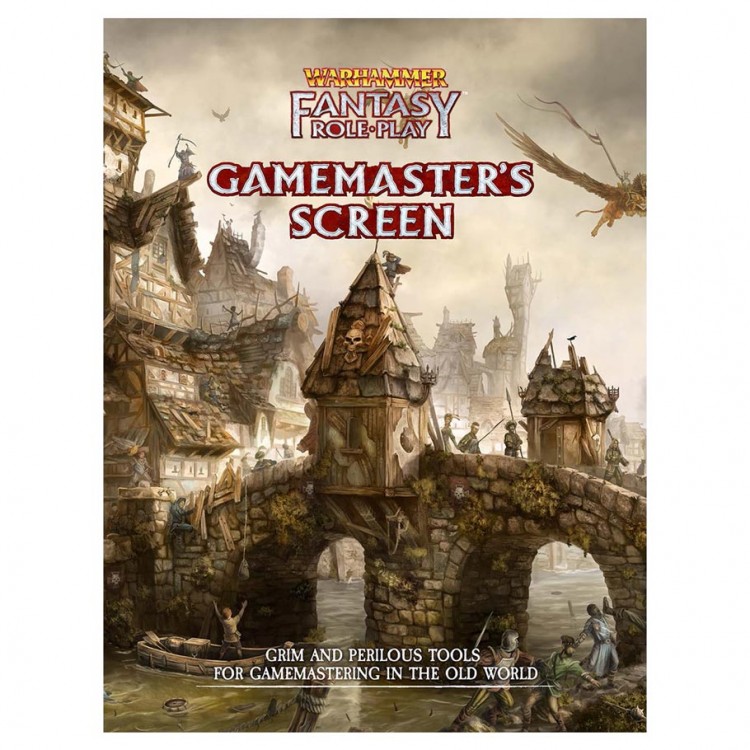 Standing tall like the walls of Altdorf themselves, the Warhammer Fantasy Roleplay Gamemaster Screen presents a handy summary of all the important rules of WFRP alongside a variety of useful Gamemaster tools. It is accompanied by a Gamemaster's Guide full to bursting with tips, tricks, and optional rules to expand your campaigns in new and exciting directions.

With breathtaking artwork of the Old World's festering cities to one side, and all the tables, rules, and references a GM could want on the other, the Gamemaster's Screen is the perfect accessory to keep all of your nefarious plans secret from the prying eyes of your players. Accompanying the screen is the Gamemaster's Guide, a 32-page booklet crammed full with indispensable articles for GMs both new and old. 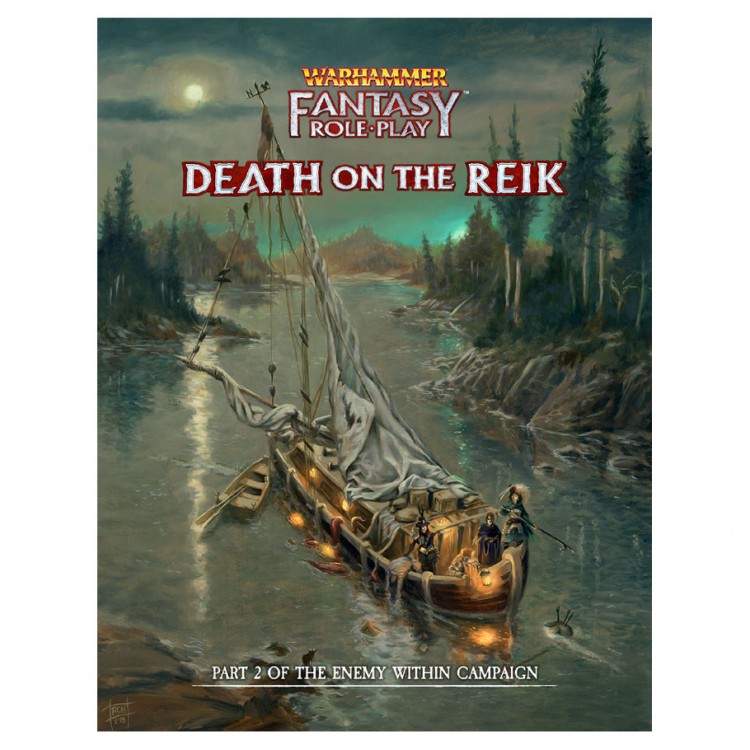 Welcome to part 2 of the revised and updated Director's Cut of the Enemy Within, one of the most highly regarded roleplaying campaigns ever written! Death on the Reik carries on from where Enemy in Shadows left off, taking your brave heroes on a grand adventure up and down the remarkable Reik, the largest river in the Old World.

Death in the Reik Includes: 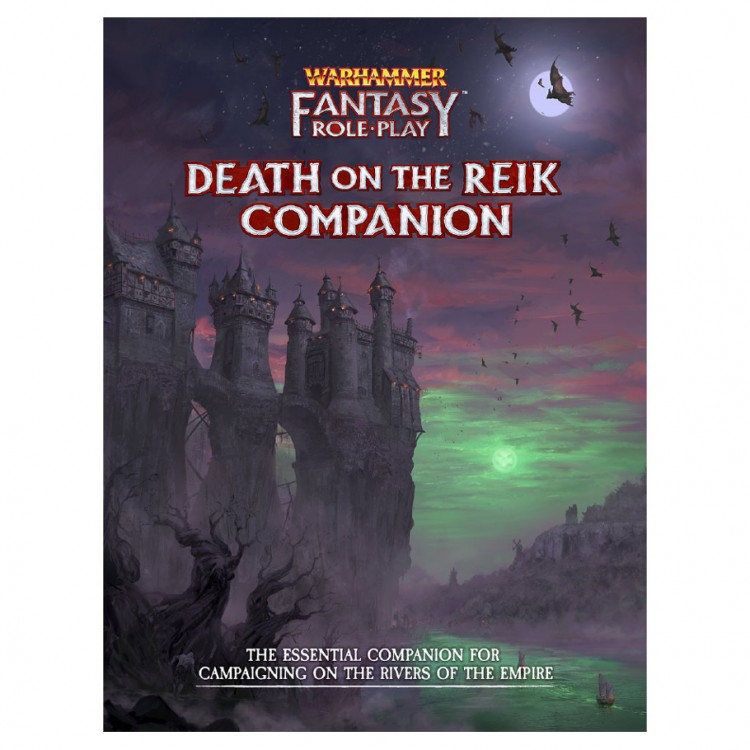 The Death on the Reik Companion is the second of our 5-part series of companion volumes to the Enemy Within campaign. It is packed with supplementary material to not only expand Death on the Reik but also support any WFRP games set on the rivers of the Empire.

With The Herb Witches expansion, you can now play The Quacks of Quedlinburg with a fifth player! Try some new Locoweed to your cure-all potions or add some new extra-large pumpkins. You can even try new ingredient books! If you’re struggling to find the perfect recipe, maybe one of the three Herb Witches can lend a hand. With countless more exciting brewing options, “Quacks” fans will enjoy hundreds of more potion-creating sessions!

Speak with any of our Wizards to pre-order your copy today! 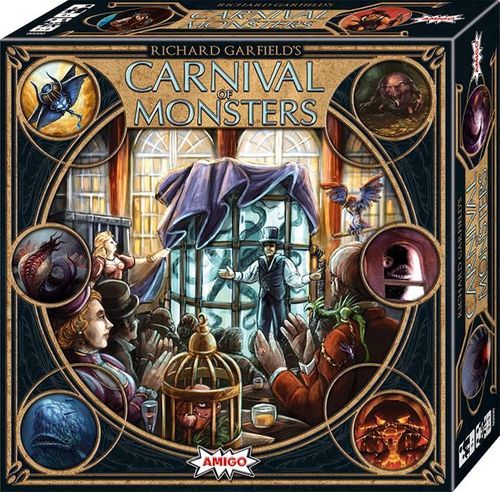 The Royal Monstrological Society counts among its members the most renowned and respected experts in monster lore throughout the entire empire. Each year the Society permits only a single new member to join, so applicants compete to prove their worth with the most magnificent menagerie of monstrous beasts they can find... and capture.

To aid in these quests of discovery the Society grants every aspiring monstrologist a small stipend, which they can use to hire additional experts and fund their journeys to the magical lands where the most exotic beasts reside.

After four seasons of hunting, would-be members present their collections at the organization’s annual banquet, an event known as the "Carnival of Monsters".

Carnival of Monsters is a card-drafting game in which players try to collect sets of Land Cards so they can capture and display strange and exotic Monsters, hire talented Staff to help run their enterprise, and pursue their own Secret Goals. Points are awarded for displaying Monsters, completing Goals, and earning Gold Crowns (Crowns) over four “Seasons” of play.

In the end, the player with the most profitable and spectacular carnival is the winner!

Speak with any of our Wizards to pre-order your copy today!