In Sid Meier’s Civilization: A New Dawn, two to four players become some of history’s most powerful leaders as they race to advance their empires through the ages and become the world’s dominant force. To achieve this, they must balance their resources, select areas of focus, and create stratagems that will lead them to victory. A key aspect of conquering the realm is placing the control tokens that indicate your influence over an area of the map. These are placed by resolving a culture focus card, like Drama and Poetry. But if you wish to maintain control over your nation, it is not enough to extend your nation. You must also defend it. 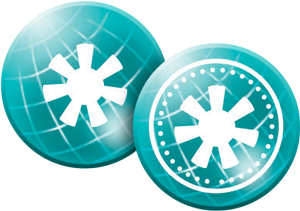 Once you have selected an opponent as the target of your attack, both you and the defender roll a die to determine your respective combat values. For the attacker, your combat value is equal to your roll plus the number of your military focus card’s slot in the focus bar, as well as any boons or modifiers on your leader sheet. For example, if you embody the leader of Scythia, Tomyris, you may increase your combat value by three when attacking or defending in a grassland or hill space. Meanwhile, the defender’s combat value is their roll result plus a bonus for which aspect of their empire is under threat. An area that is under an empire’s control, but has no cities filled with people will prove easier to conquer than a city-state with mighty walls and a well-stocked armory.

After each side has determined combat values, they may call for aid. Trade tokens can be placed on your focus cards by your caravans, and by spending any trade tokens from your military focus card, you can increase your combat value. From here, the end is simple. The battle commences and the leader with the higher combat value wins. If the defender earns a definitive victory or manages to draw a stalemate, nothing happens. Their territory stands and their fallen foes must retreat to live another day.

If, however, your attacking force is victorious, you resolve an effect based on the target you have conquered. If the defender is an enemy control token, you may replace it with one of your own and claim any natural wonder tokens in the territory. For a city-state, you claim the city-state’s token for your own and place one of your own cities in the city-state's place. If the space is held by a non-capital city, you replace your opponent’s city with one of your own. Finally, if you overtake your opponent’s capital city, you may take up to two trade tokens from the defending player’s focus cards and use them for your own devices.

The Plan In Action

Now that we’ve covered the mechanics of military focus, let’s put these strategies into practice. In this example, the red player is attacking the blue player’s reinforced control token, here highlighted in red, from their city in the northeastern forest. The red player attacks the blue player’s control token on the nearby forest by resolving the Iron Working military focus card, which is in the third slot of their focus bar. On their die roll, the red player rolls a five. By adding this to the slot number of their military card and the one point bonus from Iron Working, their combat value is eight. 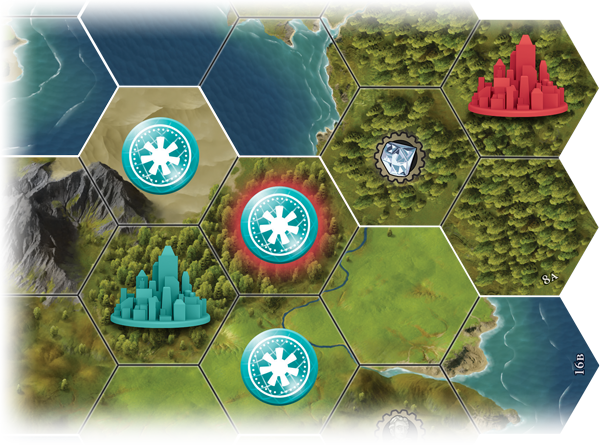 On their die roll, the defending blue player rolls a three. They add this to the level three terrain difficulty for the forest, the one for the token’s reinforcement, and two for the number of adjacent reinforced tokens. This makes their defending combat value nine.

Assemble your forces. Conquer the globe with martial might and ensure your empire’s rule throughout the ages!