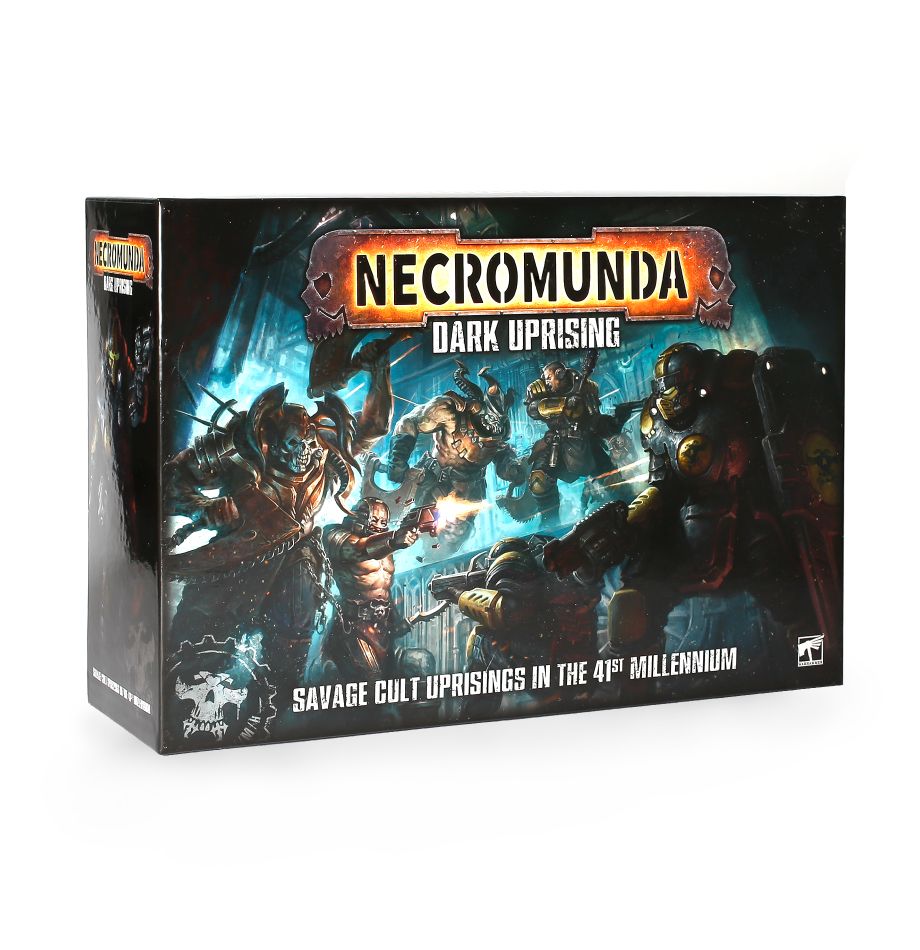 Like countless other worlds of the Imperium, Necromunda suffers from the curse of insurrection. Even though the Enforcers stamp out rebellion wherever they find it, there is no shortage of those willing to embrace the malevolent power of the Dark Gods. Now, the Corpse Grinder Cults prepare to launch a full-blown rebellion in the name of Khorne. Can you stop the dark uprising or will you join it?

Jump into the world of skirmish wargaming with Necromunda: Dark Uprising. Choose your gang and fight thrilling, fast-paced tactical games in one-off battles or across epic narrative campaigns where your fighters grow and develop. This boxed set is perfect whether you're new to the underhive or are a veteran ganger and contains all you need to start gaming. As well as two gangs, the box also contains 17(!) frames of scenery including Zone Mortalis columns, platforms, walls and doors. 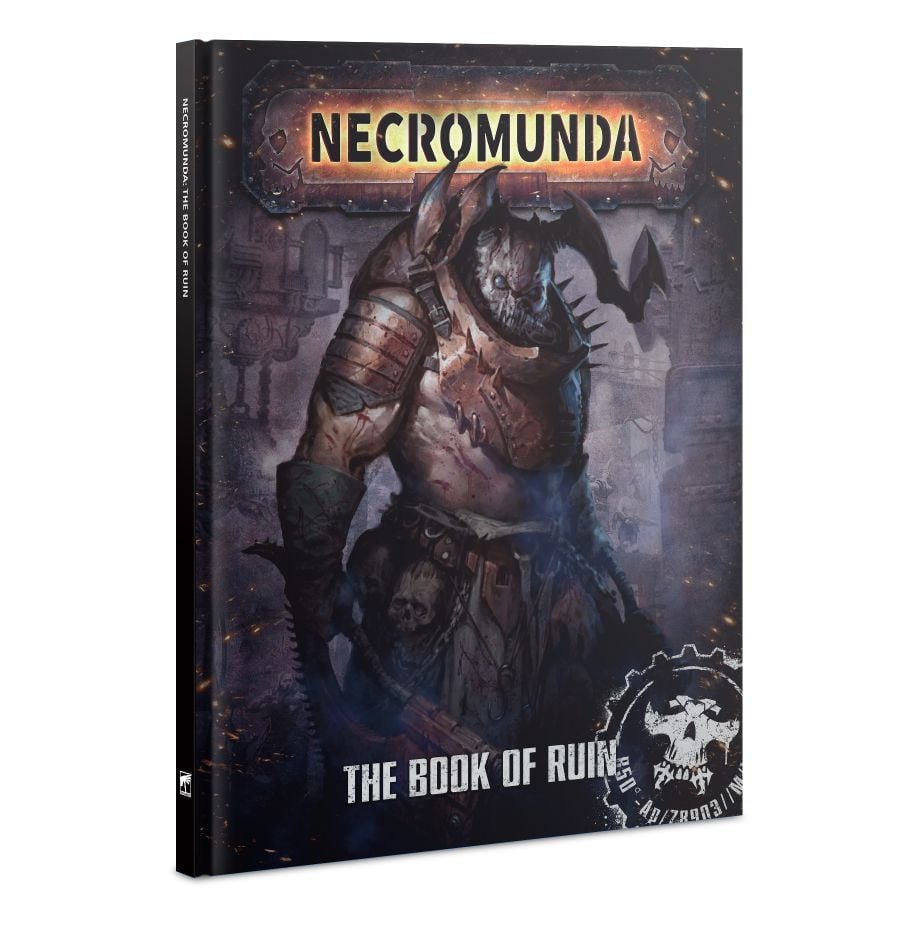 Rebellion is a poison that runs deep within Necromunda. Each time it bubbles to the surface, industries wither and populations perish, corrupted by false promises of freedom and power. Only the iron will of the Imperial House maintains a semblance of order.

Delve into the dark nooks and crannies of Necromunda where insurrection festers. Learn about the Corpse Grinder Cults, Helot Chaos Cults and Genestealer Cults and their plans to wrest control away from Lord Helmawr for their own insidious ends. Discover new Hangers-on and Hired Guns that can help you with your plans for sedition. The book also includes six alternate Uprising Campaigns and a whole suite of arbitrator tools to help with the running of a campaign and ways of enhancing individual scenarios.