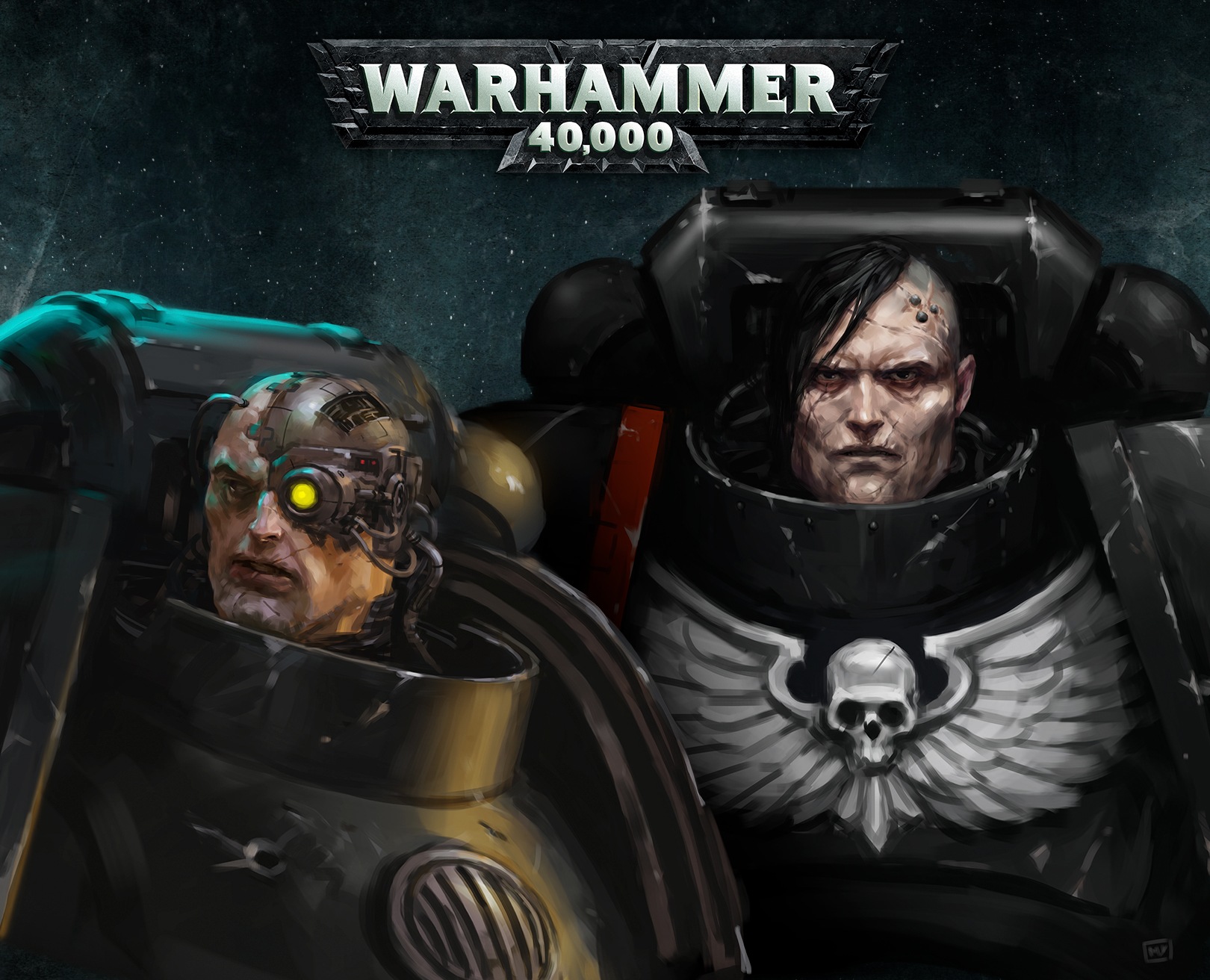 Two more Space Marine Chapters get brand new codexes and leaders. This time around we have the stealthy Sons of Corax: The Raven Guard, as well as the implacable (and mechanical) Iron Hands! THerew aRead on to discover all the new items coming to the Little Shop of Magic. 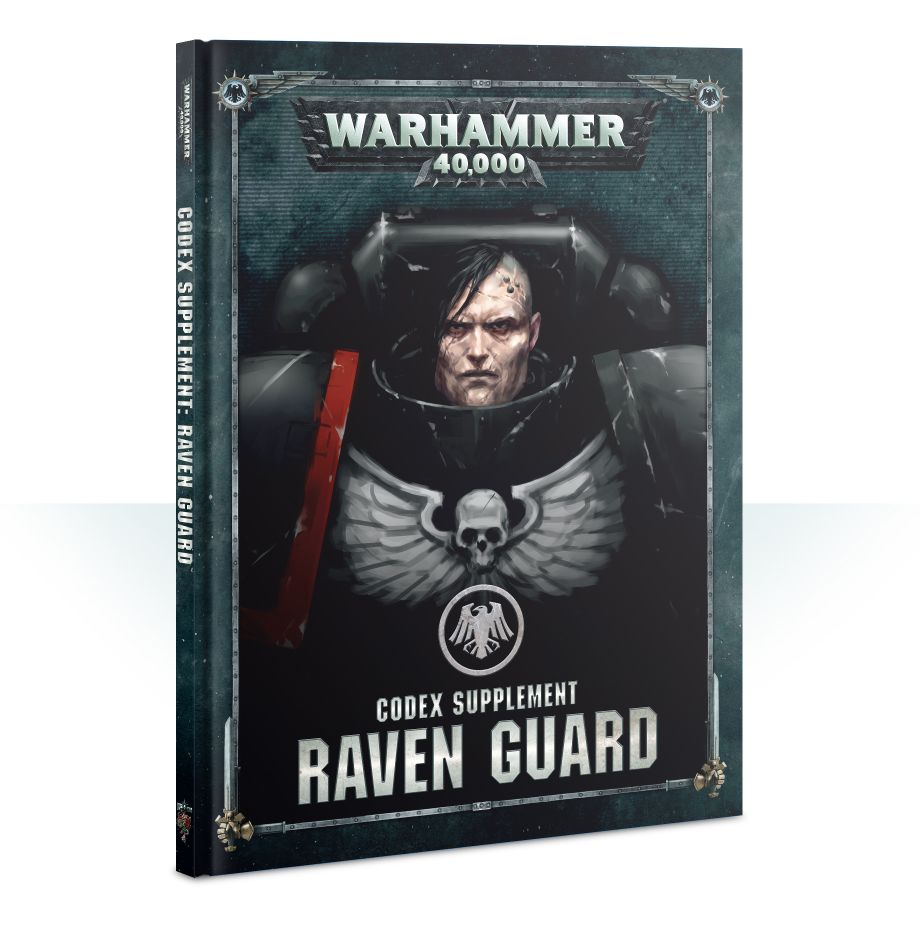 .The Raven Guard are the Sons of Corax, and in the art of shadow warfare they are without equal. Theirs is the way of stealth, subterfuge and misdirection, ensuring their enemies are unaware of the true danger they face until it is far too late.

Inside this 64 page hardcover you will find: 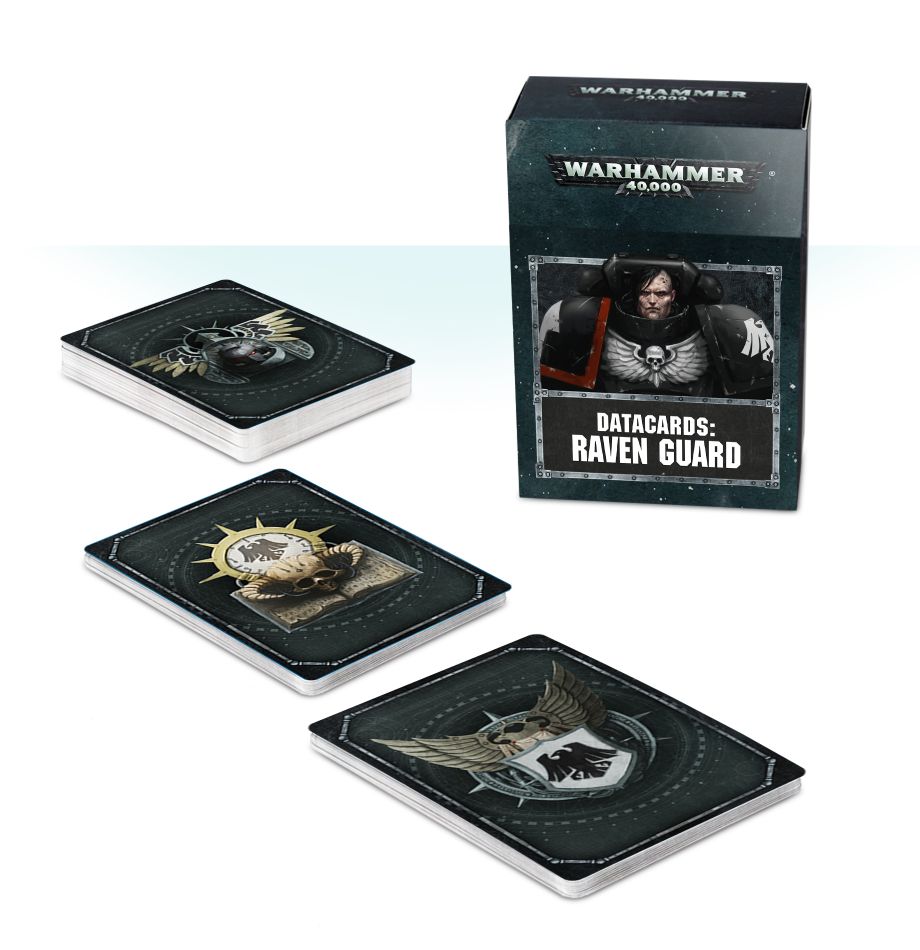 Prepare you Raven Guard to strike from the shadows with these handy reference cards! Each set is great for quickly referring to your rules, making sure you’ll pick the right Stratagems or psychic powers for your battles with ease. 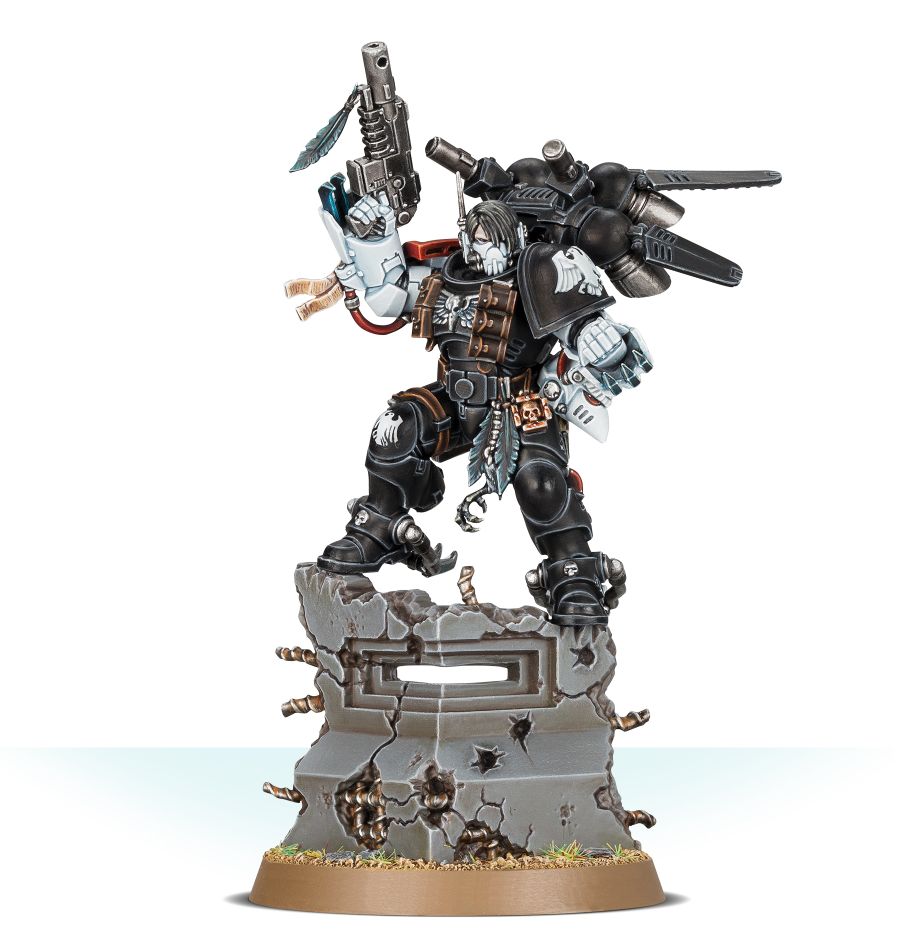 Steeped in the arts of ambush and hidden assault, Kayvaan Shrike is the Raven Guard’s foremost warrior and leads his Chapter as Master of Shadows. In the course of his long and bloody life, Shrike has brought liberation to many worlds and death to countless enemies.

Dive into the heart of battle with the Chapter Master of the Raven Guard. Despite the preeminence of his rank, he prefers to be at the forefront of battle, leading his brothers, taking out enemy characters with his special pistol, Blackout, or slicing apart the enemy with the Raven's Talons – a unique set of lightning claws. 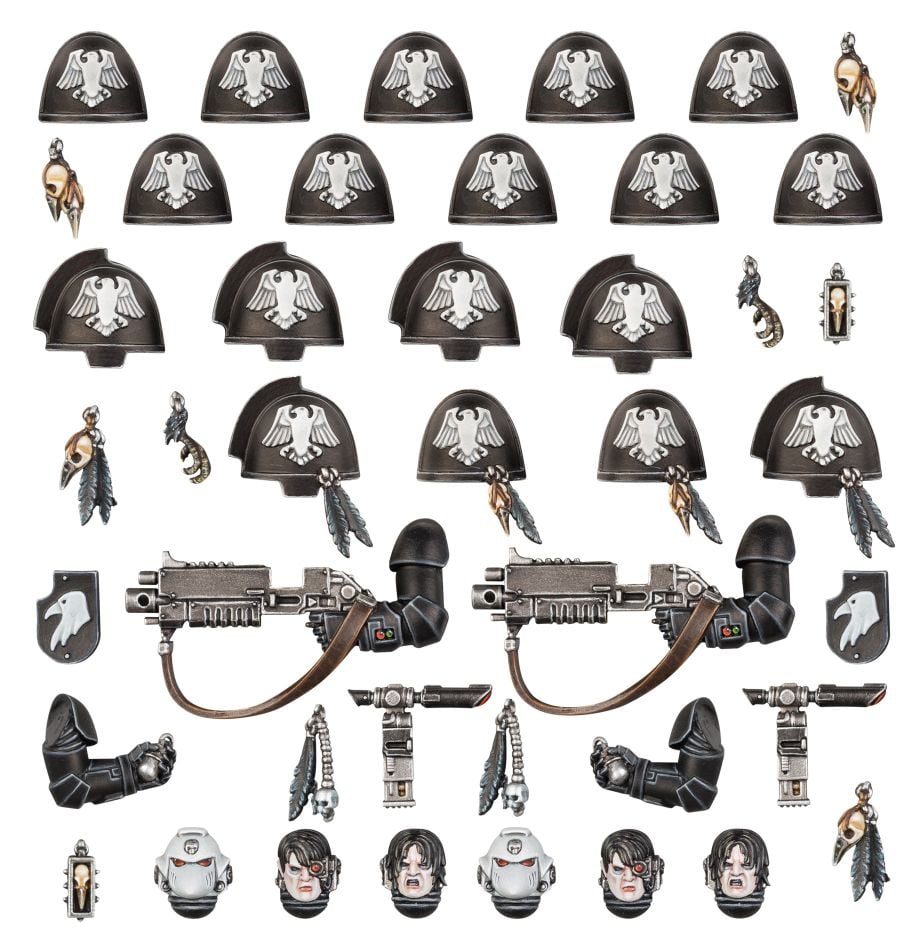 Show your allegiance to the stealthy sons of Corax with this set of upgrades and transfers for your Primaris Space Marines. It can be used to upgrade a variety of squads with iconography and details specific to the Raven Guard Chapter. 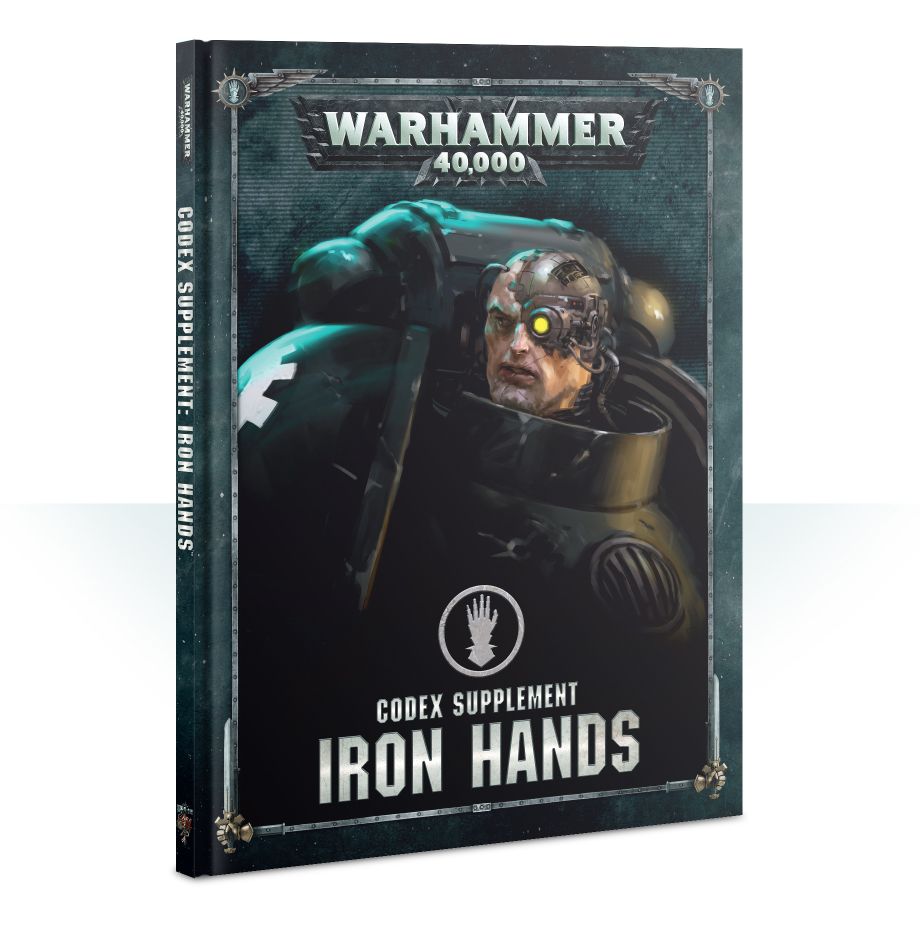 The Iron Hands are one with the machine. They are among the most stoic and relentless of all Adeptus Astartes, ever willing to show the superiority of their bionic augmetics in battle to prove their belief that the flesh is weak.

Inside this 64 page hardback tome you will find:

- The history of the Iron Hands and their drive for cold, emotionless perfection, to cast off weakling flesh and embrace the unyielding fortitude of the machine
- A detailed description of Chapter organisation and iconography
- An Iron Hands bestiary with a detailed background for Iron Father Feirros, the Master of the Forge
- A showcase of stunningly painted Citadel miniatures
- Rules for Iron Father Feirros
- Stratagems, Warlord Traits, Tactical Objectives, Relics of Medusa, the Technomancy discipline, defining the ways that the Iron Hands wage war
- And more! 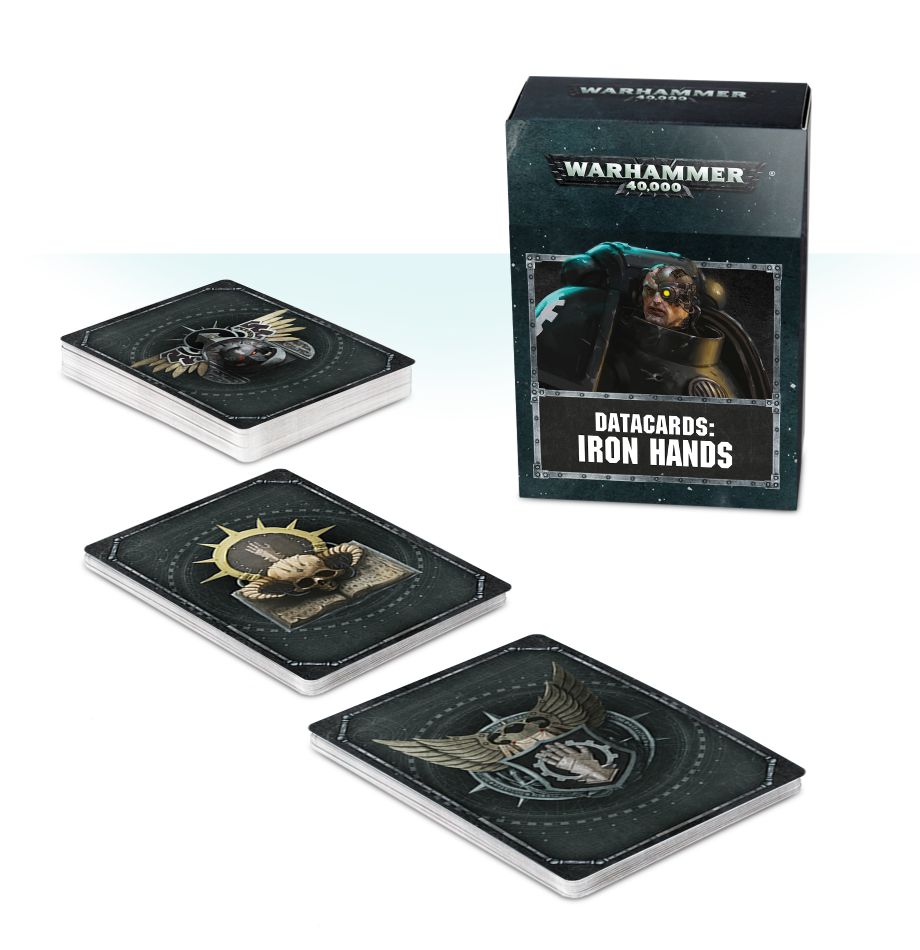 Unleash the Iron Hands and purge the weakness of the flesh with these handy reference cards! Each set is great for quickly referring to your rules, making sure you’ll pick the right Stratagems or psychic powers for your battles with ease. 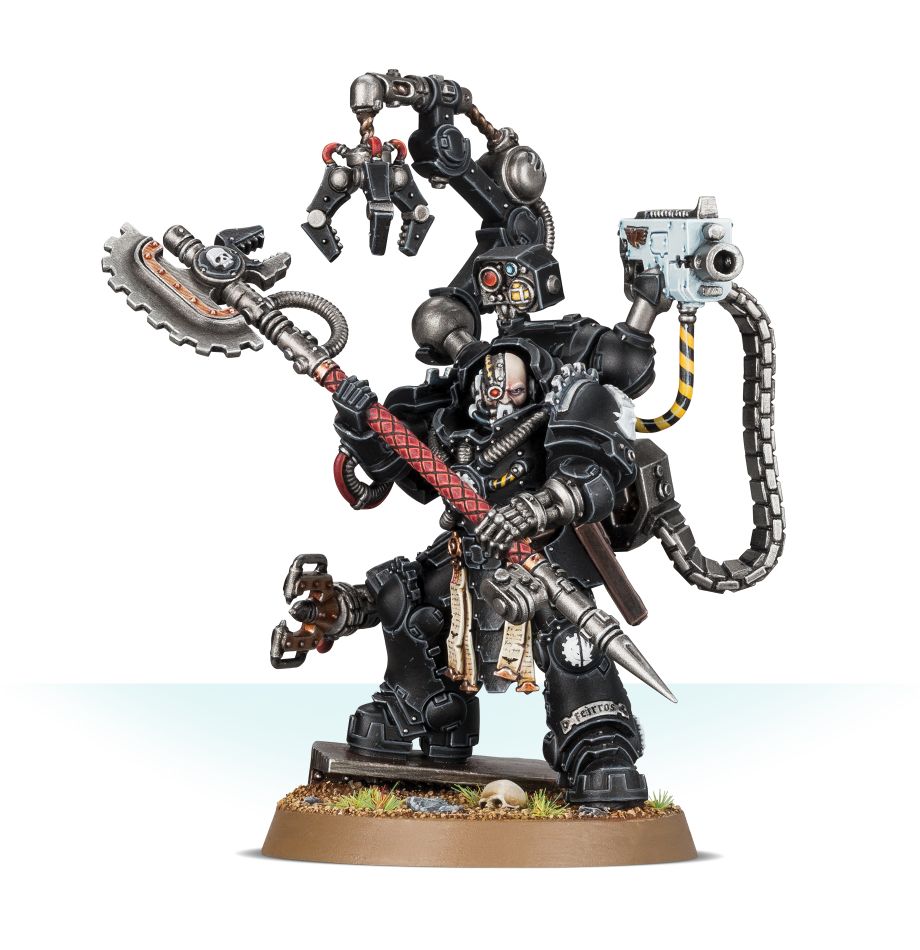 No living Iron Hand can recall a time when Feirros’ sardonic tones did not grace the Iron Council. Nor does any remember another wielding the axe Harrowhand during their Rite of Severance – the lopping of the left hand so that an augmetic fist may take its place is the moment in which a recruit truly becomes an Iron Hand.

Armed with the unique ranged weapon Gorgon's Wrath, Iron Father Feirros can blast apart enemies at range or cut them to pieces in combat with the devastating weapon Harrowhand. Feirros is a beautiful centrepiece for your Iron Hands army, covered as he is with the masterwork bionics so beloved of the sons of Medusa. 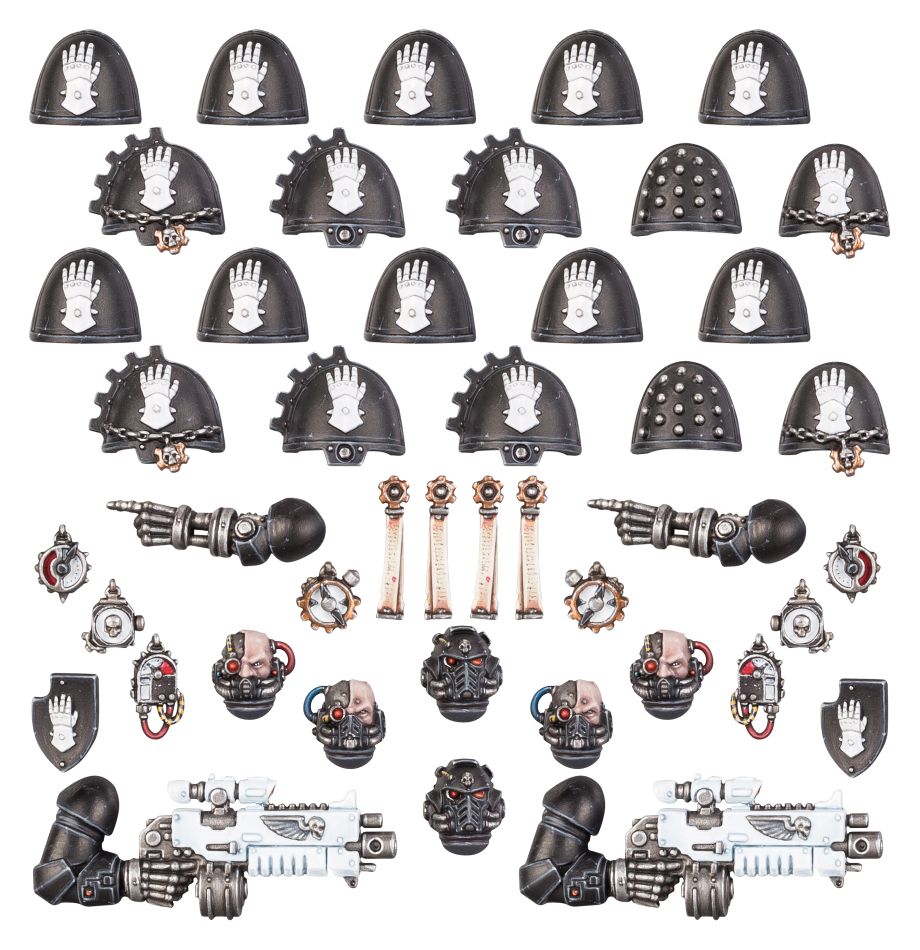 Show your allegiance to the sons of the Gorgon with this set of upgrades and transfers for your Primaris Space Marines. It can be used to upgrade a variety of squads with iconography and details specific to the Iron Hands Chapter. 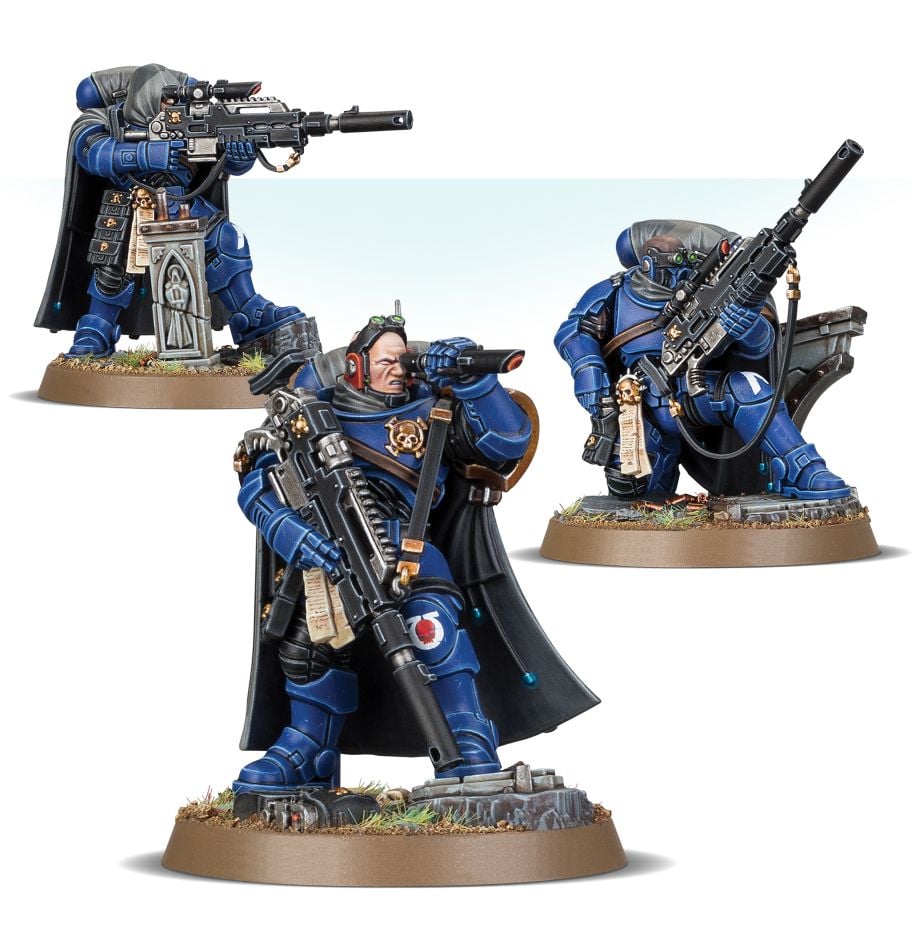 Dedicated marksmen, Eliminators haunt the shadows of the battlefield, seeking out targets of opportunity and bringing them down with pinpoint volleys of fire. Then, these silent assassins slip away looking for their next prey.

Each model in this squad can be armed either with a las fusil, which is perfect for taking out the toughest targets, or a bolt sniper rifle, which provides a choice of ammunition to suit any situation. The Sergeant can also be armed with an instigator bolt carbine. All three models can be assembled with or without helmets and the kit comes with a number of optional parts allowing you to individualise the unit. 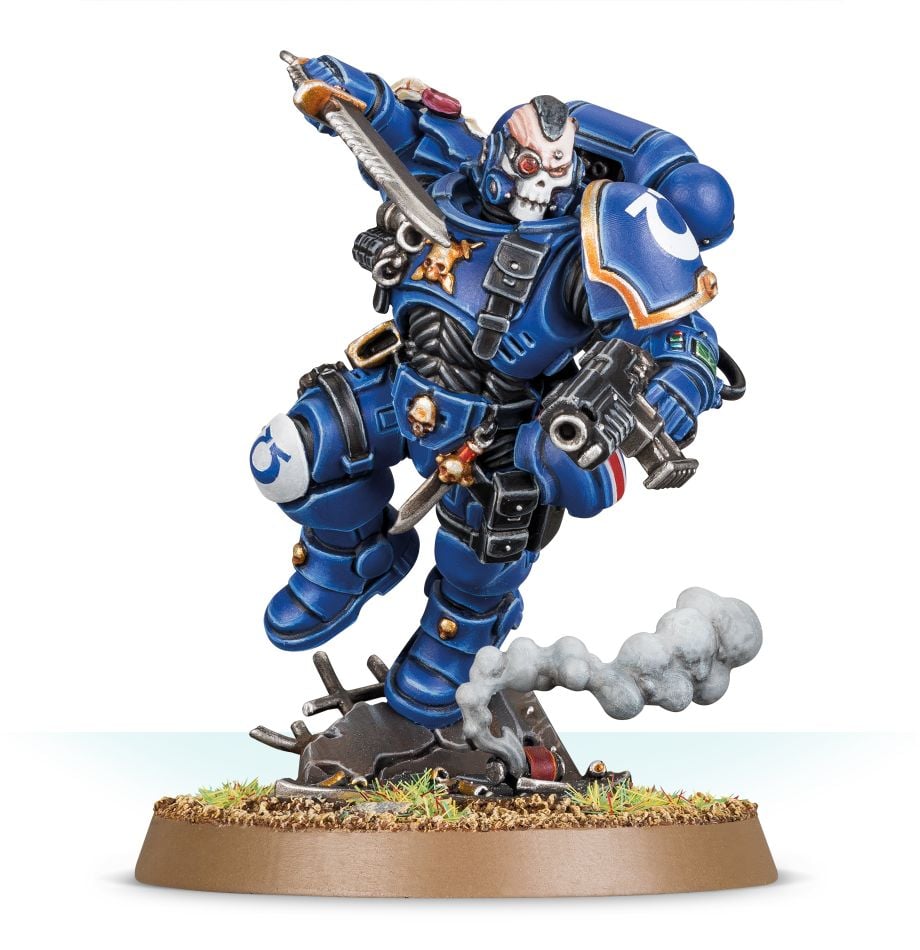 Lieutenants act as the right hands of their Captains by providing flexibility and helping to direct their battle-brothers in engagements. They are often entrusted with direct battlefield command of a demi-company or strike force – handling squad-level combat logistics and acting as exemplary leaders.

Clad in Mark X Phobos-pattern armour, this Lieutenant is dynamically posed running full speed towards the enemy, behind a screen of smoke. He can be included in any Adeptus Astartes army and is a highly skilled warrior who can elevate the troops around him to even higher martial standards.