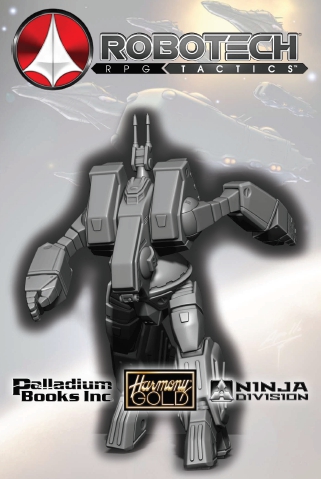 Palladium Books is collaborating with Ninja Division, which combines the design talents of Soda Pop Miniatures and Cipher Studios, to produce its Robotech RPG Tactics game.  Ninja Division is the designer of Super Dungeon Explore, Anima Tactics, and other games.
Robotech RPG Tactics, which is planned to release in 2013, will feature miniatures that can be used for either the stand-alone tactical game or for the Robotech RPG.  Factions will include the United Earth Defense Forces, defending earth from alien annihilation, and the Zentraedi Armada, trying to recover an alien artifact and enslave humankind.