Hellboy: The Board Game - Kickstarter expansions 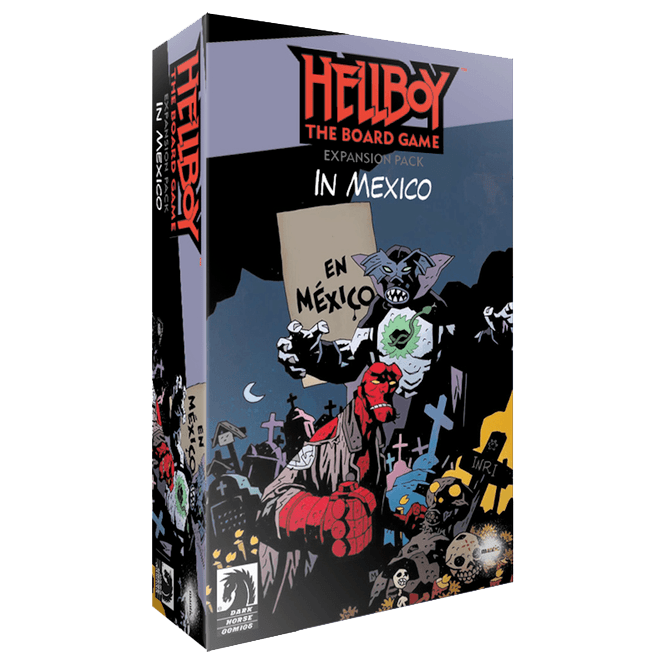 Hellboy In Mexico is an expansion that adds gameplay elements from the "Hellboy in Mexico" storyline to Hellboy: The Board Game. This expansion consists of:

Hellboy in Mexico is not a standard retail release. It was produced as a one print only LIMITED EDITION for backers of the board game Kickstarter. Supplies are limited. 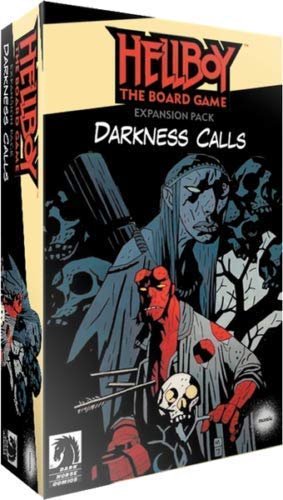 This game-changing expansion is inspired by Hellboy Volume 8: Darkness Calls. It tells the tale of Hellboy's fateful encounter with iconic characters such as Koshchei the Deathless and Henry Hood, the undead witchfinder.

With this expansion, players will be able to recreate the storyline by playing as Hellboy, or they can create their own 'what if' scenario to see how other members of the B.P.R.D. team would have fared against Koshchei and hideous undead warriors. It comes with new highly detailed miniatures of Henry Hood, Koshchei, undead witches and a variety of 15 undead minions.

Darkness Calls is not a standard retail release. It was produced as a one print only LIMITED EDITION for backers of the board game Kickstarter. Supplies are limited. 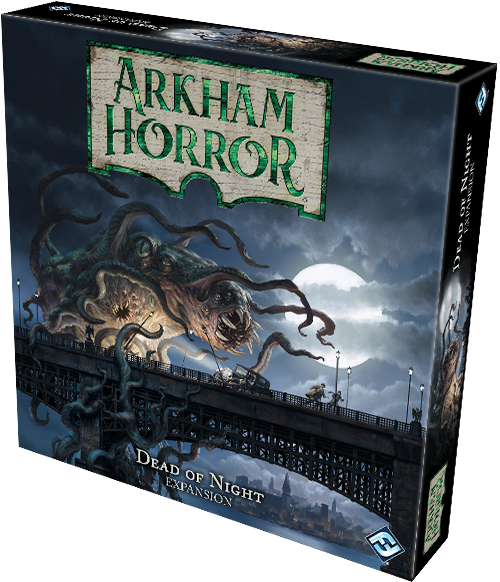 Kate Winthrop pulled the collar of her long coat tight against her neck to ward o the creeping chill of a damp autumn night. With a squeal of tires, a long black car raced by, pursued closely by a police wagon. Kate pressed herself up against the iron railing of the bridge over the Miskatonic to keep clear of the chaos.

She’d read in the papers about the recent upsurge in violent crime and felt the increasing tension all around the city. As the nights grew longer, she noticed a deeper darkness lurking in the shadows around Arkham, and the instruments in her research lab at the university were responding to some influence that she couldn’t observe.

Step into a world of horror with Dead of Night, a new expansion for Arkham Horror Third Edition!

In Dead of Night, investigators explore the facets of Arkham best left unseen in the light of day. Organized crime builds a strong foothold in the city, secret cults labor for a dark master, an alien moon hangs overhead, and unknowable horrors stalk the night. is expansion includes two all-new scenarios, new encounters for every location in Arkham, new monsters and anomalies, and four new investigators to face these fresh horrors, armed with new spells, items and allies. In battle, there are no equals.

Unmatched is a highly asymmetrical miniature fighting game for two to four players. Each hero is represented by a unique deck designed to evoke their style and legend. Tactical movement and no-luck combat resolution create a unique play experience that rewards expertise. Just when you’ve mastered one set, new heroes arrive to provide all new match-ups. 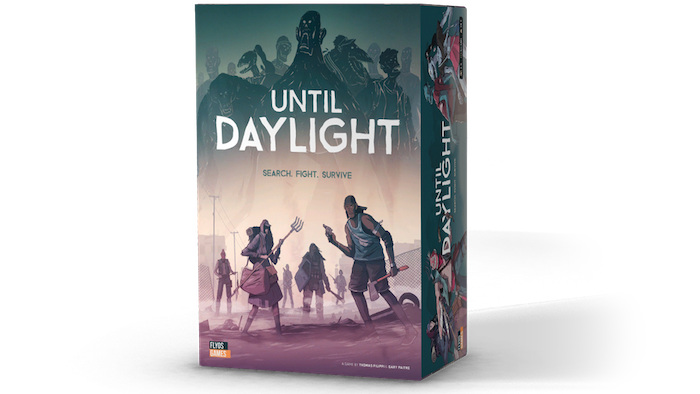 Until Daylight is a cooperative survival 3 to 6 players card game, taking place in a chaotic world filled with infected. Each turn, players search the rubble to find objects, weapons and ammunition to survive the hordes of raiders and infected who will attack your group wave after wave. Each of the 10 rounds will bring its load of danger and surprises. Your group will have to search the rubble as fast and effectively as possible before the horde arrives, which can happen at any given time. Once the combat phase has begun, take some time to establish your strategy to scatter and eliminate your enemies. Your fate is bound, if one of you dies, it’s game over.

Search without restraint, Fight relentlessly and Survive this ruthless world! 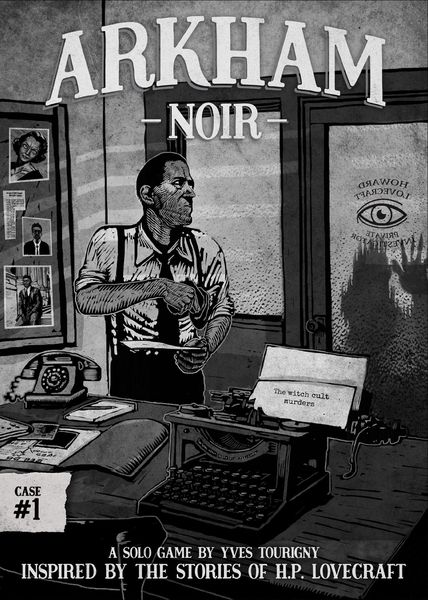 Walpurgis Night, May’s Eve, is always a nightmare in witch-haunted Arkham. There are bad doings, and a child or two frequently goes missing. This year, Miskatonic University students engaged in occult studies have been turning up dead. Arkham Police, in deference to your unusual expertise, have asked for your help to get to the root of the matter. Time is of the essence because after Walpurgis Night, the trail will grow cold and the culprits will retreat to the shadows until the next Witches' Sabbat, when the next cycle of deaths will begin.

As private investigator Howard Lovecraft, you will investigate events based on the stories "The Dreams in the Witch House" (1933), "The Thing on the Doorstep" (1933), and "The Unnamable" (1923).

Arkham Noir is a solitaire card game inspired by the interconnected stories of H. P. Lovecraft and other authors, re-imagined as noir detective stories. Each case stands alone.