After a hard day's work, you take a break to admire your city through the large windows of your office - at this hour, most of your citizens are going back home, heading for the tall buildings that you see in front of you. Some others are still wandering in the parks and gardens with their kids, and others decided to go shopping in the new mall that you opened a few weeks ago. In the distance, near the harbor, you can see smoke rising from factories’ chimneys. Somehow, the city never sleeps...

In Quadropolis, you have been commissioned to construct a city, more populous and prestigious than any of your neighbors and will need to define a global strategy to build your city according to your inhabitants' needs and outmatch your opponents. To do so, players dispatch architects to claim building tiles from the market. 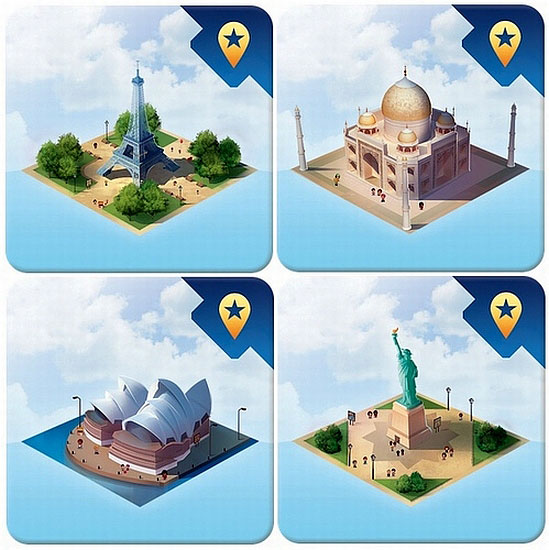 But, which architect you dispatch determines what building you get and where you can place it.

Will you build towering apartments, bustling malls filled with people, parks to reduce waste, or factories to supply your shops and harbors? Meet the challenge and become the most prestigious Mayor in history in Quadropolis!

For Tens of Thousands of years the Black Legion has fought the armies of the false Emperor, striking out from the Eye of Terror to sow ruin and madness among the stars. In their wake, worlds burn to ash and the screams of the damned echo in the warp.

This supplement to Codex: Chaos Space Marines allows you to turn your Citadel miniatures collection into a mighty host of Black Legion, bringing fire and death to the Imperium. Within this tome you'll discover the story of the Black Legion's fall from grace and rise to power, including the tale of their infamous Warmaster, Abaddon the Despoiler, as well as a set of supplemental rules including Warlord Traits and Chaos Artefacts and a series of narrative missions that enable you to play through the Black Legion's bloody history.

HeroClix fans can show what ongoing game effects are in play with these sculpted base accessories! The ClixFX Accessory Pack contains eleven bases for use in your HeroClix campaigns, including Smoke, Ice/Wall, Web, and more! HeroClix ClixFX Bases are sculpted game accessory items that fit under HeroClix figure bases and act as visual indicators of ongoing game effects from standard or special powers. Angry Sheep are in your Field! A game of Crazy Barbarians vs the Wooly Revolution led by Sheep Guevara, Angry Sheep is ridiculous fun in a tube! Roll the dice, keep your doubles, and take the re-rolls, all with the goal of stealing your neighbor's rebellious sheep. But, watch out! Your Barbarian may be distracted by frosty, delicious mugs of root beer!

In Thunder & Lightning, take on the role of Thor or Loki and fight your way through your opponent's army in an epic mythological showdown. Because Loki has stolen Odin's Crown, the Allfather entrusted his son Thor with his prized ring of power, Draupnir, to help him defeat the vile trickster. But who really has what it takes to gain control over both relics and therefore claim the throne of Asgard?