The Borg Cube is one of the most formidable technologies known to the Federation. Its lack of identifiable function spaces, such as a bridge, engineering, or personal quarter, reveals the hive-like Borg collective consciousness and its drones. It not only carries “smart” weaponry that adapts, but it also can analyze an opponent's weapons systems and adapt defenses within seconds.

In 2373 a cube tried to conquer Earth by altering the timeline, but was destroyed with concentrated weapons fire by a Starfleet Armada. It ejected a smaller, spherical ship, a Borg Sphere, which created a time vortex that allowed the sphere to travel back in time in an effort to stop humanity’s first contact with an alien species.

This Oversized Borg Cube Expansion Pack contains ship cards and tokens for Cube 384 and the accompanying Sphere 936, and includes cards and rules for a never-before-seen cooperative scenario where up to 15 players can battle against Cube 384, whose actions and attacks are completely automated and random! Whether using Cube 384 and Sphere 936 as a part of your daunting fleet or teaming up with some friends to battle against the Borg menace in the Star Trek: First Contact Scenario, the Borg Cube with Sphere Port Premium Figure is sure to make opposing ships turn tail with its frightening dimensions and supreme power! 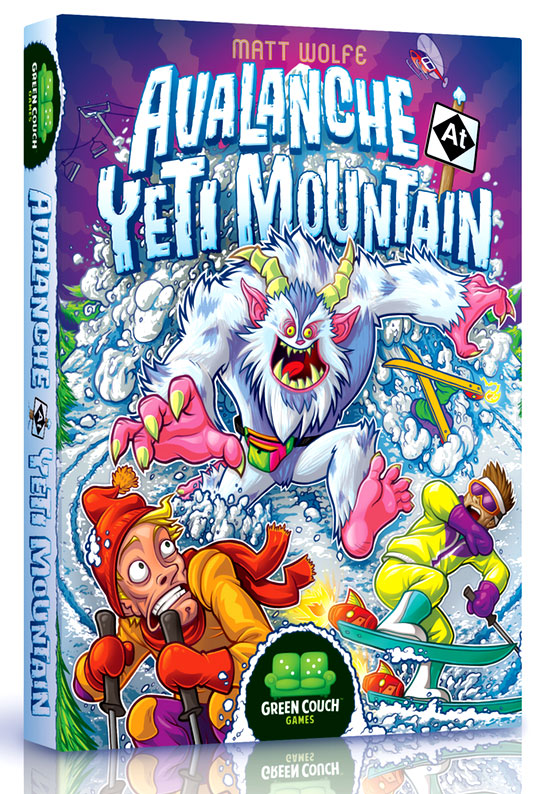 It's a race to the finish when some super-smart, yet somehow clueless, engineering students invent rocket-powered skis and decide to test them out at Yeti Mountain! Activate rocket jumps to overshoot the competition, outrun the avalanche, and avoid the yeti that has been awoken from his slumber by all of the rocket-powered racket! The last skier standing, or the skier who makes it to the bottom of Yeti Mountain is the one who comes out. 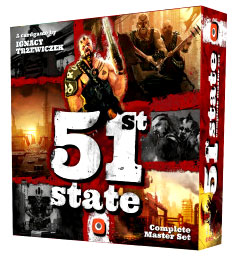 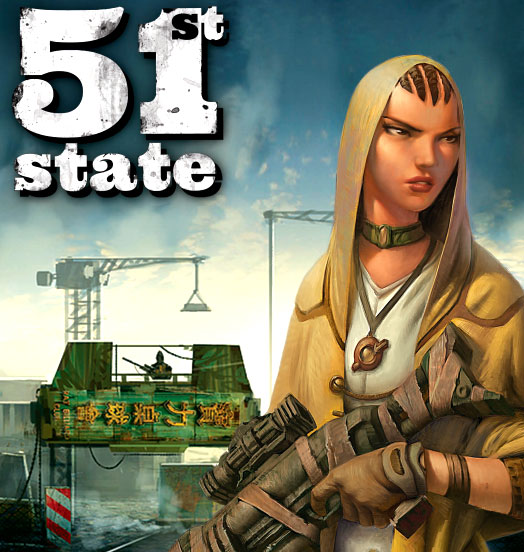 The world you know no longer exists. There is no government. No army. No civilization. The United States have collapsed. And now, thirty years after the war started, new powers try to take control over the ruined country, establish a new order, and create a new country...a new State: the 51st State!

In 51st State, the critically acclaimed, post-apocalyptic multi-player card game, players take control of one of four factions vying for control of the post-war remains of a devastated United States. These factions struggle to build their stockpiles of supplies through conquest, trade, and expansion of their territory, until they achieve the stability to become the 51st State – and provide the foundation of a new society.

Marking the rebirth of the 51st State line, the Master Set contains 88 cards from the original base game, plus 50 cards each from both the New Era and Winter expansions. The followers of the Great Green God, Gorkamorka, spill onto the Mortal Realms in a motley patchwork of clans, mobs, and thuggish gangs all intent on absolute destruction! Drunken Aleguzzler gargants stagger into the fray, malodorous troggoths and grots swarm over unfortunate foes, enormous greenskinz and Ironjawz kick in the teef of anyone nearby (up to and including each other, more often than not...) This Grand Alliance is a riotous, joyous blur of shouting and violence from which not even the landscape is safe!

This indispensable Warhammer guide to the armies and factions of Destruction at the dawn of the Age of Sigmar features Warscrolls for every miniature, extensive information on the twelve factions, and sample armies to help you mix and match your collection into a fearsome fighting force. 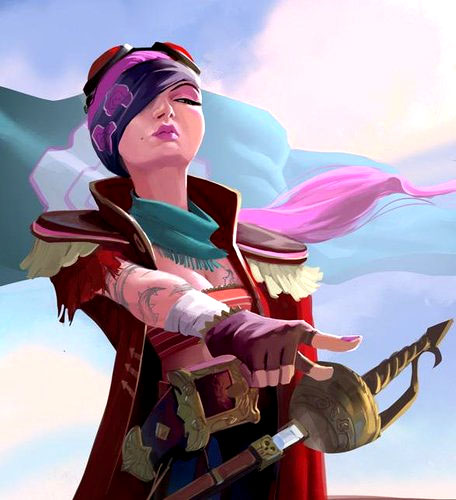 Sea of Clouds brings you above the clouds to become an infamous air pirate!

Face your competitors aboard your flying vessel and show 'em who's the best! Recruit a cutthroat crew, board enemy ships, plunder treasure, collect relics, and uncork the best rum!

Each round, players take turns divvying up shares of Loot to gain Rum, Relics, Objects, and Pirates. In some rounds, when ships are flying close together, they'll also clash in a Boarding action, using the effects of any Pirates they recruited to gain Doubloons and plunder Loot. When the smoke clears, the captain with the most Victory Points will rule the Sea of Clouds!