Unknown Armies is an occult game about broken people conspiring to fix the world. It's about humanity - and how the most obsessed have the power to alter reality until it aligns with their fevered desires. It's about getting what you want - despite others trying to keep it from you. What would you risk to change the world? Your friends? Your family? Your health? Your sanity? Magick finds a way to ask the very most from you, until you achieve what you want - or you're left with nothing!

Unknown Armies is about what's behind every corner and buried in every closet. It plays out in a world just like our own, filled with uncanny mysteries, unrepentant horrors, and unnatural pleasures. What you do with these revelations is up to you. Unknown Armies is about keeping what you have from those who want it - kicking them while they're down, then cheering when they get up. As the gamemaster, you lead the players in creating their characters and the world they exist in, then set up antagonists worthy of their attention. You are their guide into darkness and the light that shows them the way out. 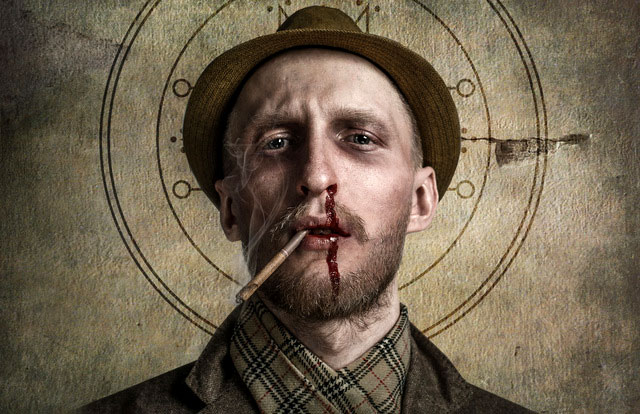 Unknown Armies presents magick as it might exist in a world inspired by crime fiction and secret histories, as twisting wrinkles in reality create greater and greater risk, sacrifice, and obsession. As a player, you are confronted by the consequences of your character's actions, and challenged by the implicit threat of a world shaped by the will of those who want something more than you do.

Control Your Destiny in April 2017! 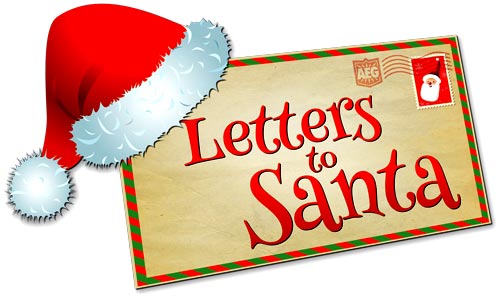 If you want all of your Christmas wishes brought by the big, red, jolly guy, you'll need to make sure your letter makes it to him. The closer you get the letter to Santa, the more likely you are to win! But watch out for the wily Krampus, out to dash your yuletide dreams! The perfect stocking stuffer, players in this Christmas-themed edition of the award-winning Love Letter are sending that most important of lists - full of bicycles, dolls, and action figures - to reach jolly ol' Saint Nick in the North Pole in time! You will do this by  attempting to get the letter to the person or thing closest to Santa. It could be Mrs. Claus, the elves, the reindeer, or any other resident of the North Pole. But, there are lot’s of things that can get in the way, from curious Elves to the mischievous Krampus. Of course, Santa himself is the ultimate goal, and if you can get the letter to him directly, you’re guaranteed to win!

“My brother is undoubtedly arrogant,” Tyrion Lannister replied. “My father is the soul of avarice, and my sweet sister Cersei lusts for power with every waking breath. I, however, am innocent as a little lamb.”

Tywin Lannister: Warden of the West and lord of his House. Ser Jaime Lannister: the Kingslayer and Lord Commander of the Kingsguard. Cersei Lannister: Robert Baratheon's queen, Crown Regent for Joffrey Baratheon, and one of the most beautiful women in the realm. Tyrion Lannister: Hand of the King and defender of King's Landing. Across Westeros, the very names of the Lannisters command instant recognition and respect. Tales of their wealth are legendary - matched only by stories of their cunning and ruthlessness. From the Sunset Sea to the Iron Throne, the Lions of Lannister hold Westeros in a golden fist! 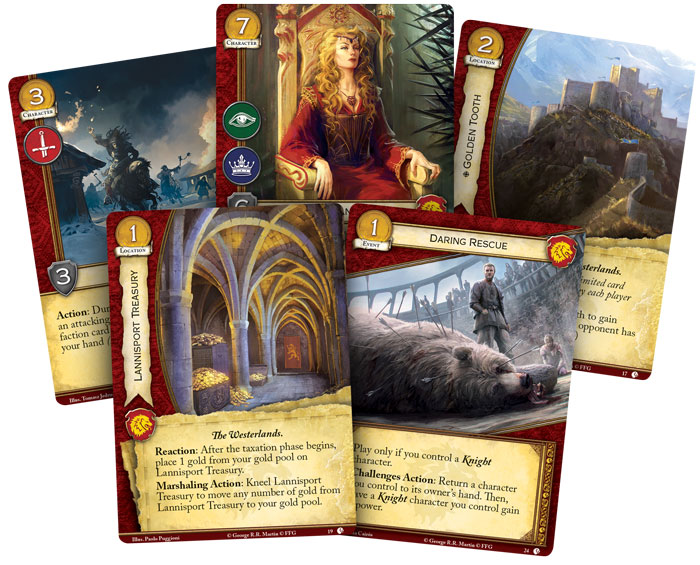 The greatest knights. The most beautiful ladies. The most ruthless commanders. Coffers overflowing with millions of gold dragons. When you join your fortunes to House Lannister, you become the real power behind the throne. Your enemies have one choice: bow before the lion's might or face his claws! 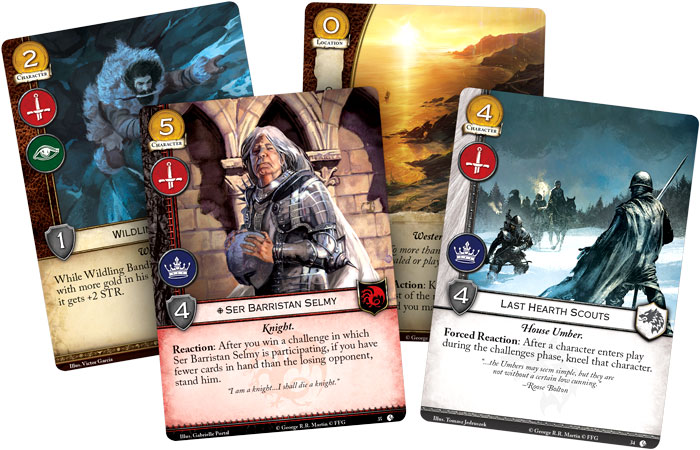 The second deluxe expansion for A Game of Thrones: The Card Game, Lions of Casterly Rock invites you to take your place among the storied names of House Lannister. Within this expansion, the Lannisters explore new themes, launching an ambush with their Clansmen allies, redoubling their focus on the intrigue challenge, and sending out marauders to pillage the lands of Westeros. 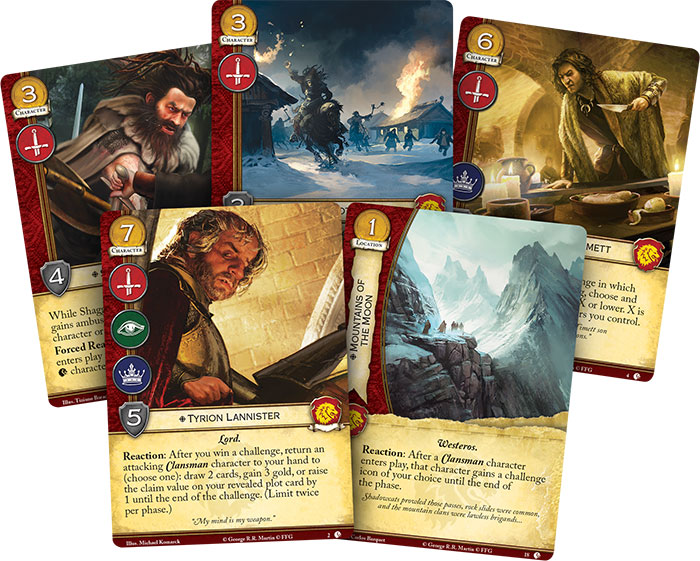 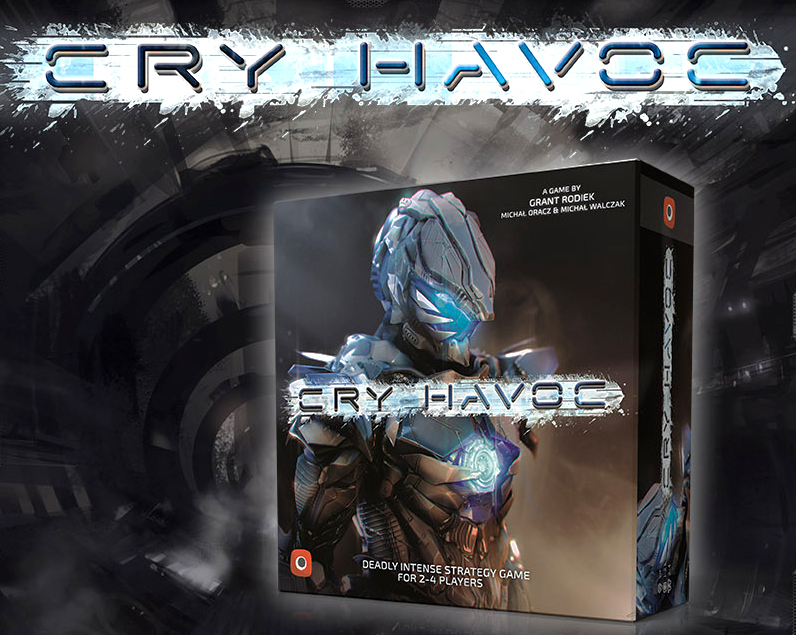 Deep in a quadrant of space believed to be void, a virgin, unexplored planet has been discovered by three unique, powerful species. The resources of the planet are abundant beyond belief, but are protected vigorously by the indigenous species, known as the Trogs. The riches of the planet will be won, inch-by-inch, with blood!

The game includes 54 custom miniatures, a large format board, and over one-hundred unique cards, all with stunning, original artwork.

The Shadow Academy is on the loose downtown, but the prom is tonight and, worse yet, you've got a make-up test tomorrow! But then nobody said things were simple at Hero High! Teenaged superheroes have hard lives - just ask them! After all, being a normal teenager is difficult enough: school, work, parents, friends, dating, and more without complicating matters by adding super-powers and a secret identity to the mix!

Focusing on the genre of teen heroes (and villains!) for the Mutants & Masterminds, Third Edition RPG, Hero High contains everything you need to run a teen hero series of your own, with all the trials and tribulations that entails. Hero High includes information on the students and faculty of the Claremont Academy, where the heroes of tomorrow receive their training, as well as the villainous Shadow Academy and the troubled teens who call it home. Plus, there are a dozen heroic archetypes so you and your friends can start playing right away!