Each round, at least one of your clues must match a random Category (i. e.: Movie title).
If your 3 clues respect the category, you get a Laser token. Spend them to guess one of the opposing team’s keywords and receive an Interception token!

Note: This is an expansion. Requires the Decrypto base game to play. 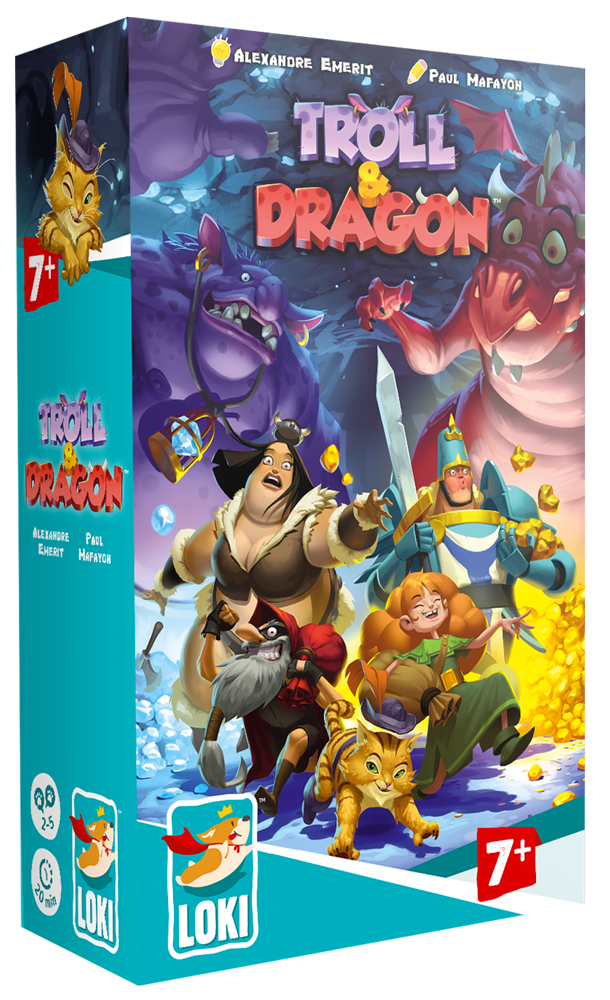 Brave the big Troll and the terrible Dragon to gather the most treasures to your king and win the game!
But beware, the most you fill up your bag, the riskier it gets to wake up the monster and lose everything… Will you escape in time?

At your turn, roll the dice of the Diamond Grotto. For each face with a diamond, snatch one. Watch out: when a Troll face appears, the dice is blocked, and you can’t roll it again. Each roll, you decide to re-roll to accumulate treasures or stop and add your loot to your bag. If all your dice are blocked, all the diamond you gathered will be stolen by the Troll! If you manage to make both the Door and Key faces appear, you enter the Treasure Cavern. When you do so, grab as many gold nuggets as possible before the other players awake the Dragon! If they do, they will share your own loot!

A classic game of fantasy combat. Create characters in just a few minutes – then send them into the arena. Winners become stronger and faster for the next battle. Losers die.

Each counter in this fast-moving game is a single warrior. Players choose weapons and tactics for their fighters and send them into combat against men, beasts, or monsters – to victory, or death. 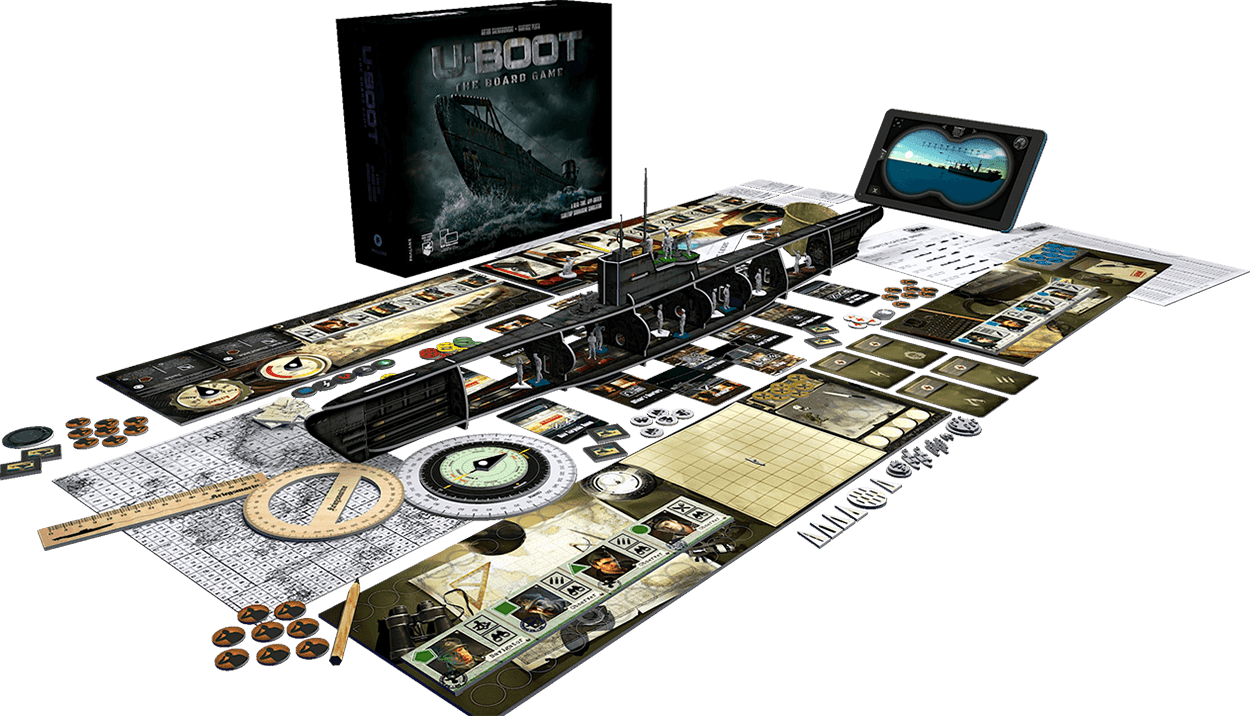 U-BOOT: The Board Game is a fully cooperative, real-time tabletop game of WW2 submarine warfare. It allows 1 to 4 players to assume the roles of the Captain, the First Officer, the Navigator, and the Chief Engineer on board of a type VIIC U-boat. The game is driven by a companion app, allowing for an unprecedented level of realism, as well as a challenging enemy A.I. which will push your skills to the limit. The action unfolds both on the strategic and the tactical scale, always demanding teamwork, efficient crew management, and quick situation assessment.

Each of the four roles requires unique responsibilities, encouraging the players to develop an efficient communication scheme and use genuine navy terminology. The Captain oversees the completion of mission objectives, supervises action point costs, and is responsible for the crew’s morale. The First Officer operates the companion app, manages the flow of information, and takes care of the crew’s health. The Navigator steers the submarine by setting its course and depth, but also updates all the essential information on the strategic, and the tactical map. Last, but not least, is the Chief Engineer, who is responsible for the engines, repairs, as well as other mechanical implements on board of the U-boat (such as the ballast tanks, weapon systems, etc.). At the same time, each of the four officers commands his own group of crew members by issuing orders within a worker placement system.