Prince John’s lust for gold has finally gone too far! It’s impossible for a merchant to make a living anymore, being taxed as much as we are. Now he’s got the greedy Sheriff of Nottingham checking everyone who comes through the front gate for “contraband” – meaning all the good stuff he’s trying to keep for himself!

Good thing you know the Sheriff better than Prince John does. That shifty, no-good, greedy fellow might be intimidating when he stands in front of the city gate, but let’s be honest, he is not above taking a well-placed bribe to look the other way.

The first in Arcane Wonders' new line of Dice Tower Essentials, Sheriff of Nottingham is a fun and engaging game for all where each player will have the chance to be the Sheriff himself! As merchants, players declare goods they wish to bring into the city and it will be up to the Sheriff to decide who's telling the truth and who's secretly trying to smuggle in contraband! 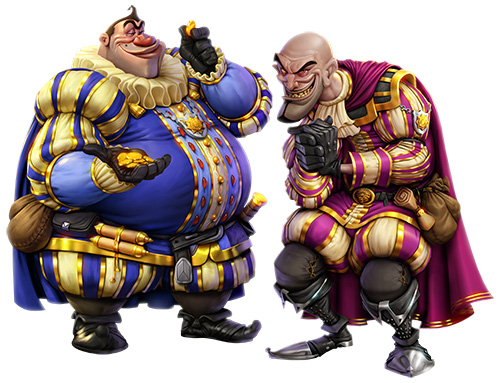 The rumors about smugglers are all over Nottingham's alleys! In the last year, the Sheriff has confiscated a lot of illegal goods, but surely he needs help! A Black Market has formed in the alleys, full of special demands from those inside. This has caused a rise in the number of smugglers, including many experienced thieves. Two Deputies were hired by the Sheriff in response. Prepare your illegal goods, follow the new laws, and fulfill the people's demands with Merry Men, the first expansion for Sheriff of Nottingham.