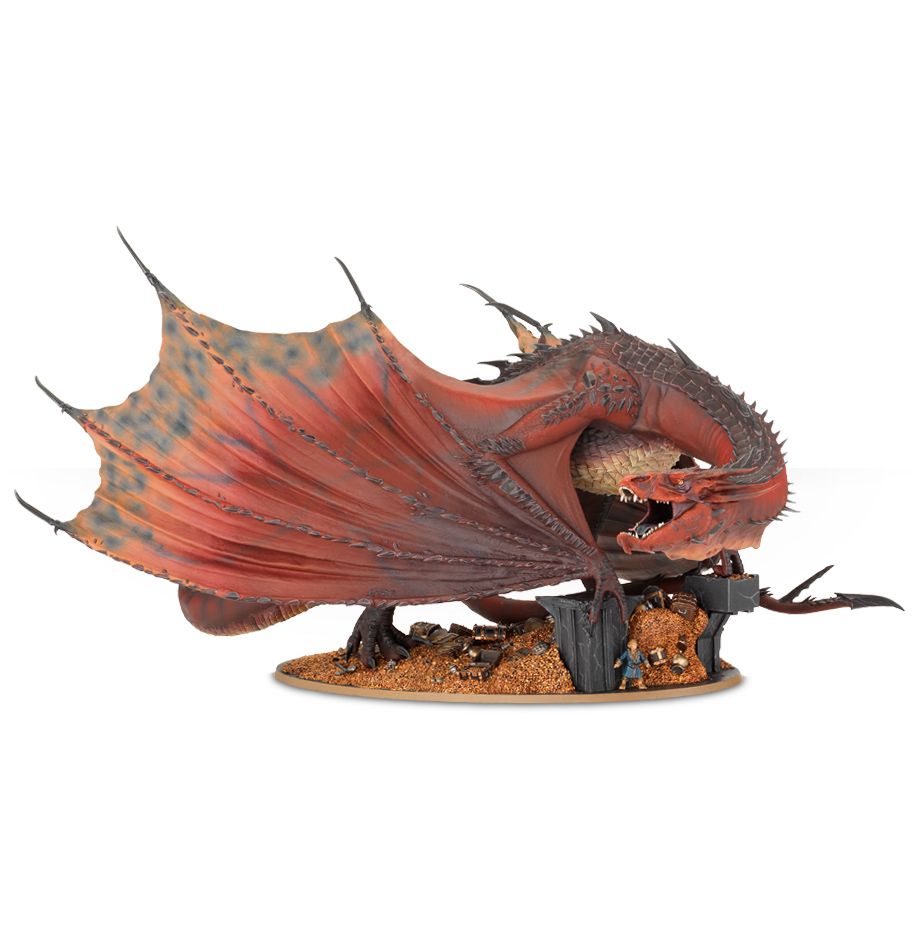 Smaug is a Fire-drake hailing from the mountains far to the north, and it is doubtless that he is the largest and most powerful of his kind left in Middle-earth. His greed led him to covet the great wealth of Erebor for himself, and so he took wing, caring not that in order to claim his prize he had to assail the greatest kingdom of Durin's folk. So were Erebor and the neighbouring Dale, City of Men laid to ruin, and the survivors forced to flee their ancestral homes.

Smaug is built upon a stunningly detailed scenic base that depicts the vast treasures of Erebor. The Arkenstone and The One Ring can both clearly be seen amongst the gems and gold as Smaug looms over the would-be burglar Bilbo Baggins.