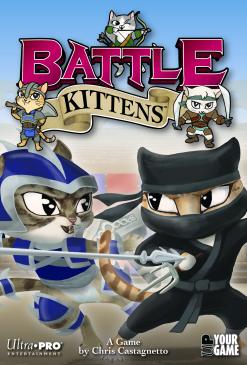 Pick your purr-fect team of cute but cutthroat kitties, then deploy them to battlegrounds and watch the fur fly! Each player draft kitten cards to create their squad to deploy at different battlegrounds around town. Every kitten have special characteristics that can help them win as they fight to claim that battleground. Players will have to wisely deploy their kittens to best match and win that particular battleground. The kitten that ranks the highest wins the battleground and its fishes as prizes! Compete multiple rounds to win the biggest haul of fresh fish and become the pick of the litter! 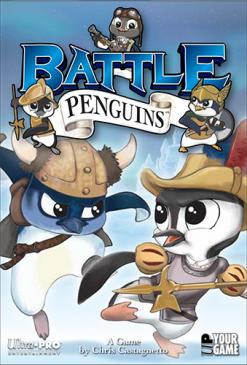 These feisty, flippered fighters can't fly but they sure are fun!

Draft your custom team of adorable Battle Penguins and deploy them to frozen Battlegrounds. Who will emerge with the strongest, wisest, cutest, or most agile cold-weather combatants?