In the first edition of Descent, brave adventurers clashed with the minions of the nefarious overlord, but evil has persevered and the overlord has extended his reach...into the Little Shop of Magic! 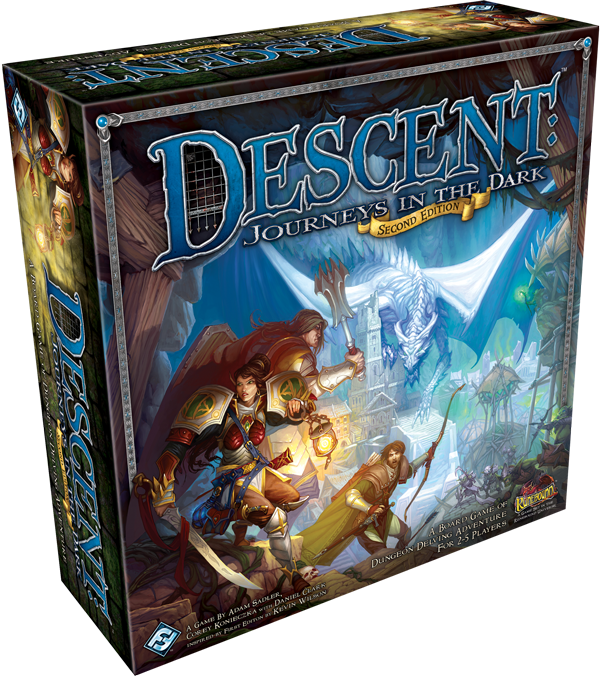 Our Second Edition Preview Event will give you a chance to experience the return of the Fantasy Flight Game's popular game of dungeon delving; you’ll be able to play the game, check out its rules and components, and place your pre-order for a chance to win one of four exclusive promotional miniatures! Check out our online Calendar of Events for exact times and to reserve your spot: our exclusive Descent: Journeys in the Dark Second Edition Preview Event is coming this Saturday!

Descent: Journeys in the Dark Second Edition is a board game in which one player takes on the role of the treacherous overlord, and up to four other players take on the roles of courageous heroes. During each game, the heroes embark on quests and venture into dangerous caves, ancient ruins, dark dungeons, and cursed forests to battle monsters, earn riches, and attempt to stop the overlord from carrying out his vile plot.

Featuring double-sided modular board pieces, countless hero and skill combinations, and an immersive story-driven campaign, Descent: Journeys in the Dark Second Edition transports heroes to a vibrant fantasy realm where they must stand together against an ancient evil.