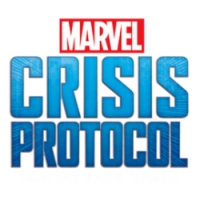 Crisis Protocol has arrived, this is an opportunity for players to get stuck in and learn the rules, while simultaneusly meeting other players and hobbyists. Come on down and play a few games.

The format changes each week.

Week 1: Players will build 11 threat level squads with either the Avengers or Cabal affiliation from a limited list of characters.

Week 2: Players will build 17 threat squads with the same character limitations from the first week. Depending on which affiliation players use they will add a predetermined hand of team tactic cards. We will also use Crisis cards.

Week 3: Players have full access to all models and team tactic cards that have been released and play a full game of Crisis Protocol.

The cost is $5 each week and each participant will receive a $5 Dragon Bit redeemable for any in-store purchase.

Week two: Participants will receive an event exclusive round marker, while supplies last.

Bring any models, cards, tokens, and rulers you need to play games of Crisis Protocol. Also, if you have terrain you wish to use feel free to bring that to help us fill more boards.

What Is Marvel: Crisis Protocol? 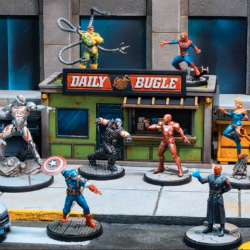