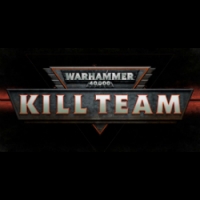 Our Kill Team League is an opportunity for players of Kill Team to play a few games, have some fun, and experiment with new lists and strategies.

The format is 125 points using the matched play rules from both the Kill Team Core Manual and Kill Team Elites.

The cost for each week is $5, and participants will receive a $5 Dragon bit each week.

How are points awarded? 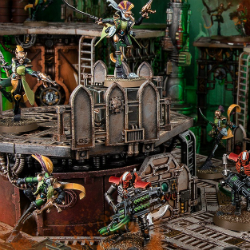 Bring a Kill Team roster or two from which you can assemble 125 point Kill Teams.

All terrain will be provided by our Wizards.

What is Warhammer 40K Kill Team?

Warhammer 40,000: Kill Team is an exciting, fast-paced skirmish game set in the 41st millennium, pitting 2-4 players against each other in close-ranged firefights and brutal melees. Each player leads a kill team of hand-picked fighters behind enemy lines, where they undertake daring raids, perform acts of sabotage and assassinate enemy targets in a series of covert operations.