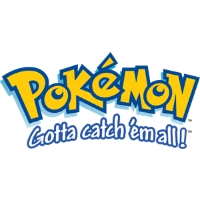 Our Pokemon League provides a place for you to get together with other fans of both the Pokemon Trading Card Game and the Pokemon video games, and have some fun. Using your own cards and Pokemon Switch games, you can play, trade, and even earn cool prizes! The best part is that you can do all this with other Pokemon players who love collecting and playing just as much as you do.

Even if you don't know all the rules of the game, at a league you can learn game basics and, in no time, perfect your strategy! Joining our league is the best way to hone your skills to compete in Pokemon tournaments from Battle Roads all the way up to the World Championships. Leagues are held in our safe, spacious gaming area and is run by official League Leaders.

The format for this event is Standard. In the standard format nearly all cards from the past two years worth of expansions are legal minus a couple of cards which are banned.

Yes. There are promo cards available at the end of league for players who check in with the cashier.

You will need to bring a standard deck and your POP ID. If you do not have a POP ID, our Wizards can assist you in obtaining one. Sleeves, deck boxes, a score pad, and counters are optional.

What is a POP ID?

POP ID numbers are used to track performance, attendance and grant special perks to players participating in events officially sanctioned by Pokemon International. Our Wizards can assist you in obtaining one if you currently don't have one assigned to you. 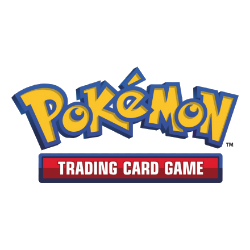 What is Pokemon: the Trading Card Game?

In the Pokemon Trading Card Game, players build decks around their favorite Pokemon and then play against each other, sending their Pokemon into battle to prove who the best Pokemon Trainer is. Players can begin with theme decks, pre-constructed decks designed to cover the basics of the game. Then, they can augment their card collections with booster packs that provide more cards, letting players develop more diverse decks. With thousands of cards to choose from, the game is never the same twice. The Pokemon Company International releases four sets of cards, called "expansions," each year, so the game continues to evolve and expand for both players and collectors.

In the video games, the player takes on the role of a young Trainer, whose journey involves traveling from town to town catching and training Pokemon, and battling against other Trainers' teams of Pokemon on a quest to become the Pokemon League Champion. An additional goal is to catch and catalog all of the many Pokemon within the game's world. All Pokemon have one or two innate element types that reflect the Pokemon's strengths or weaknesses. For example, Water-type Pokemon have a natural advantage over Fire-type Pokemon, who in turn have an advantage over Grass-type Pokemon, and so on. Despite this battling aspect of the games, the Pokemon games avoid explicit violence; Pokemon never die during the course of the game. Trainers are invited to take part in many peripheral activities when playing, including talent and beauty contests, tournaments, and fishing (for Pokemon, of course!).